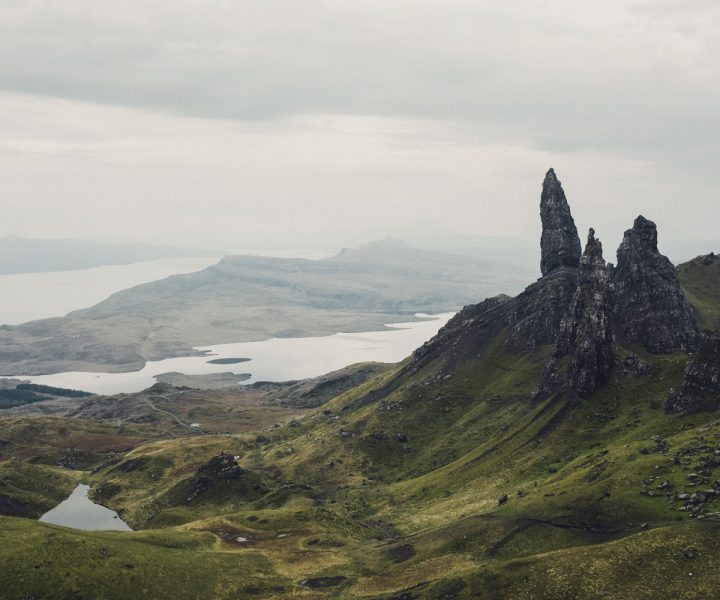 One of the most iconic hikes on the Isle of Skye is the Old Man of Storr which somewhat resembles a CGI scene out of Game of Thrones or Lord of the Rings.

The Isle of Skye, off the west coast of Scotland, is known for its dramatic and breath-taking views. It seems that with every corner you drive on this magnificent little island, you’re surrounded by absolutely stunning views unlike any other. The landscapes of Skye are unique to say the least and that’s probably why it is used as the backdrop to many a high-budget movie or television commercial.

One of the most iconic hikes on the Isle of Skye is the Old Man of Storr which somewhat resembles a CGI scene out of Game of Thrones or Lord of the Rings. In fact, it was actually used in the opening scenes of the 2012 film, Prometheus. The Old Man of Storr, or simply The Storr, is arguably the most famous hike on Skye and the great news is that it’s a relatively easy and quick jaunt.

Old Man of Storr – The walk

The Storr was formed as a result of a major landslip during the ice age which has left dramatic rock formations along the cliff face of the Trotternish peninsula. For the most part, the hike is steady with only a few steeper and slippery parts towards the end. During the summer months, the designated car park tends to overflow, with many people leaving the cars on the side of the road before beginning the walk up.

By the end of the car park, you will see an information sign which signifies the start of the hike. Initially, there is a gravel path with a relatively tame incline which is suitable for anyone of average fitness levels. As you climb higher, the path becomes rocky and can be muddy if there has been wet weather but it remains a fairly steady climb. On the way up, you will reach a couple of forks and at both points you should keep right.

Although you can see the Storr most of the way up, it is not until you get pretty close that you begin to appreciate the enormity of the beast. You will pass through a final gate at which point the designated path ends and you will follow a worn trail for the rest of the hike. The Storr can actually be fairly hard to point out because it blends beautifully into the granite cliff face but trust the path and you will see it.

If you’re there to get a good shot, one of the best spots is to veer up to the right on the elevated ground. Here, you will get a fantastic view of the jagged rock formation and on a clear day, you will see for mile.

Old Man of Storr – When to visit

The summertime is by far the most popular time of year to go because of the good weather. However, it can often be crammed and you almost certainly not have the place to yourself. Ideally, you should aim to visit off-season in order to avoid the crowds. Alternatively, due to it being situated on the east coast of Skye, it’s the ideal location for a sunrise hike. It should only take 45 minutes at most to make it up to the top, so bear this in mind if you’re wanting to catch it at golden hour.

When you’re there, be sure to walk right up to and around the formation to get a real sense of its size. You will see a sign advising against this, however, due to possible loose rocks so do so at your own risk.

Whenever you choose to visit, you will most definitely not be disappointed. Even on a poor-weather day, the landscape will look even more dramatic and you’re bound to come away with some excellent shots.

Want to learn more about Scotland? Read our article below: