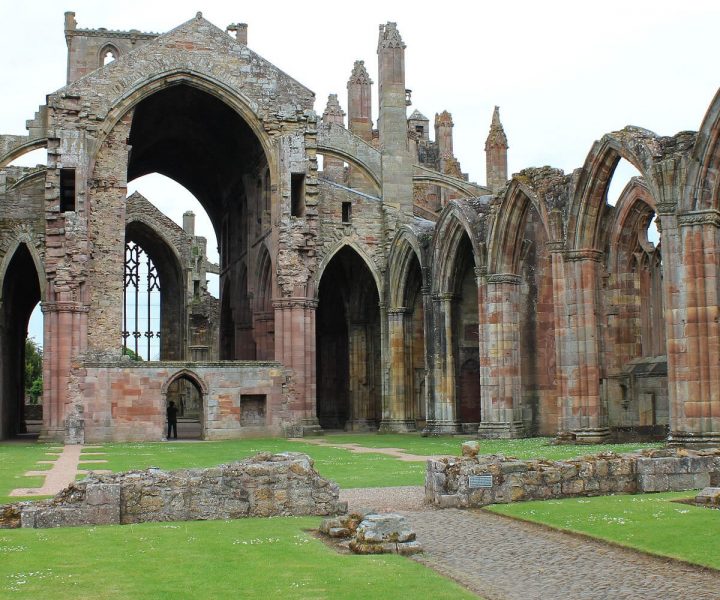 When you think about outdoor adventures in Scotland, most likely the vast rural expanse of the Scottish Highlands comes to mind, but there is so much more to explore. One of the most recommended cycling routes is the Four Abbeys, which takes you on a historic trip of the four main abbeys in the Borders: Jedburgh, Kelso, Dryburgh, and Melrose.

Most of the route is comprised of rural roads, and the scenic route also includes other points of historical interest interspersed between the four abbeys. If you’re ready to explore another side of Scotland, read on to plan your trip along the Four Abbeys cycle route.

Although the route can be done in a day, we recommend that you schedule at least two days, especially if you want to have time to explore the abbeys and have some rest breaks. The good thing is that if you do decide to break the trip up, there are plenty of great places to stop and grab a bite to eat, as well as places to stay that are Cyclist Welcome accredited.

You will encounter magnificent scenery and views of the Cheviot Hills and the River Tweed on the way, and the small towns that comprise the Borders are quite quaint, peppered with stately houses and historic castles.

Though the trip ends up being a loop between Melrose Abbey and Dryburgh Abbey, there are two routes you can take: Newtown St Boswells Route or Scott’s View Route. Both routes are similar, though Scott’s View is more hilly and a bit longer, but the views are incredible.

Scott’s View Route: Start at Melrose and head east between the Abbey and the river, following the Tweed Cycleway signs, and cross the old bridge.

Aside from the aforementioned Abbeys, keep a look out for the following interest points, where we’re sure you will want to soak up all the history the Four Abbeys cycle route has to offer.

No matter which route you decide to take, there will be plenty of opportunities to explore and be immersed in some of Scotland’s most varied history.