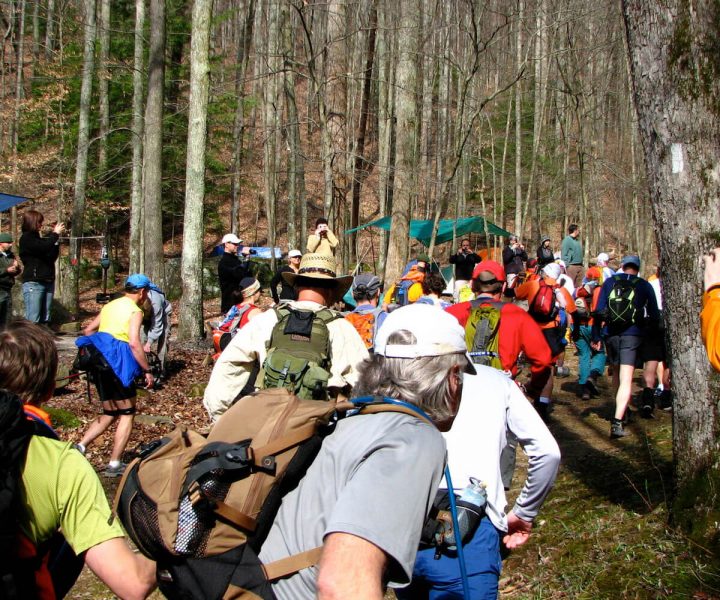 Every March on Brushy Mountain in Frozen Head State Park, Tennessee, the most brutal and punishing race around the world happens. The Barkley Marathons are thought to be the toughest marathon in the world, spanning more than 100 miles, where participants run unsupported through the Tennessee backcountry.

The fact that in more than 20 years only 14 people have finished the race should tell you something about just how insane it really is. Here’s everything you need to know about The Barkley Marathons.

History of the Barkley

This ultramarathon was inspired by the escape of James Earl Ray in 1997 from the Brushy Mountain State Penitentiary. Ray, who was responsible for the death of Martin Luther King Jr., broke out of the maximum security prison and went into the remote mountains. He managed to survive escape for 54 hours until he was found hiding in a pile of leaves, hungry, cold, and with scratches everywhere.

Reportedly, his captors stated that he was actually happy and relieved to have been found. When ultrarunner Gary Cantrell heard about this futile escape attempt, an idea sprouted into his head, and the first Barkley began in 1986.

The first Barkley had thirteen participants and no finishers. This didn’t deter Cantrell to make the race any easier, as again, there were no finishers in 1987. For the past 31 years, completing the Barkley has been out of reach for almost everyone. Out of around 1,000 runners, only fourteen have successfully completed the race.

Anytime the race has a finisher, Cantrell will up the ante and make next year’s race that much harder. He may deny that he’s doing it, but we don’t think fourteen runners in 30-plus years is an accident.

What the race entails

The organizers call the Barkley a 100-mile race, but the participants widely believe that the distance is more like 130 miles. There are only a few actual trails on the whole course, and any trails that do exist will most likely take the participant somewhere they don’t want or need to go.

The course is a 20 to 26-mile loop, and you need to finish the circuit five times in order to complete the race. Depending on the whim of the organizers, you can run the loop clockwise or counterclockwise. If a participant makes it to the last loop, they can choose which way to run, and all subsequent runners must run in opposing directions, so no one knows where their competitors actually are. All loops have about 11,000 feet of elevation and descent, with the full race encompassing around 100,000 feet of elevation change.

The rules are fast and loose, set by Cantrell each year. There is no set start time. Instead, participants must be prepared to start running an hour after Cantrell sounds a warning sign on a conch shell. As soon as he lights a cigarette, it’s time to go.

The route is only given to the participants the day before the race begins, and each runner has to buy their own park map and copy the course. No markings along the route can be found, but if you dare to enter, you need to navigate using only your map and compass and knowledge of the area.

To finish the race, the runners need to complete all five courses in 60 hours, and each loop must be completed in twelve hours or less. Since no one is manning the checkpoints, the runners must rip off an assigned page of the books placed along the course, and if you don’t have all ten pages upon completion, you’re disqualified.

All participants must carry all their clothing and food for each loop, as there are no aid stations. Cantrell sometimes drops jugs of water on the course, and that is the only assistance the runners are allowed to receive. No GPS, and no medical staff either.

So why do people choose to endure the most intense ultramarathon across the world? Apart from the bragging rights, it proves that resilience is only achieved through pure pain and suffering.