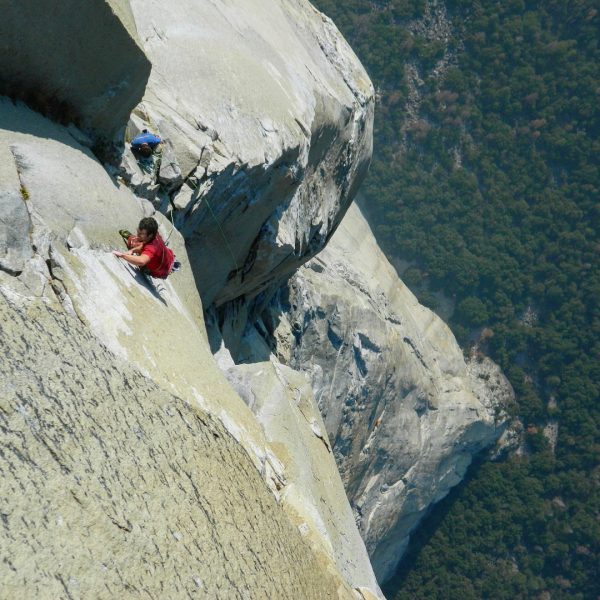 Climbers usually let their minds wander during long climbs, thinking about a song they heard on the radio, their friends or what they’re having for dinner. However, on October 21st, Brad Gobright could not let his mind wander for a second. After all, he and his climbing partner Jim Reynolds were attempting to break the speed climbing record of El Capitan – one of the most dangerous verticals. The smallest distraction could not only have cost him time but also cost him his life.

Reynolds and Gobright reached their goal and set a new speed record on the Nose Route of El Capitan in Yosemite National Park, as they managed to climb the 2,900 foot, almost 90-degree ascent in just 2 hours and 19 minutes, breaking the previous record by four minutes. To put things into perspective, it usually takes climbers three days to complete the ascent.

The conditions Gobright and Reynolds faced on El Capitan that day were not the best. Smoke from wildfires permeated the air, and the route, already popular amongst climbers, was more crowded than usual. The pair from California weren’t sure if they would make it, but they decided to at least give it a shot. Even so, two hours into the ascent, Gobright told the San Francisco Chronicle that he could feel the smoke affecting him, his mouth was dry, and his throat was scratchy, but the peak was so close.

To gain as much speed as possible, the pair ditched their camming devices, which are geared towards preventing falls, along with any other unnecessary gear, and did not carry food or water.

According to Ken Yager, president and founder of the Yosemite Climbing Association, this, along with the strategy of ascending simultaneously instead of one going ahead of the other is what made them able to break the speed record.

“If you’ve got two fast people and they can climb together, that’s how you get the fastest time,” Yager said. “With a standard ascent you’ll have a lot more gear, and you’ll use a lot more of that gear. [Gobright and Reynolds] had about one piece of gear between them and the ground.”

Gobright, a climber since seven years old, said that the Nose has always had an appeal for him, but it wasn’t until recently that he felt he could attempt the speed record. “Before Jim and I were trying to go for the record, we’d just do it fast so we’d have time to do more climbs before the sun went down,” he told the paper. “Thinking we could try for the record seemed crazy at first. It was this really big, big goal that seemed kind of out of reach. I think that’s why we wanted to do it.”