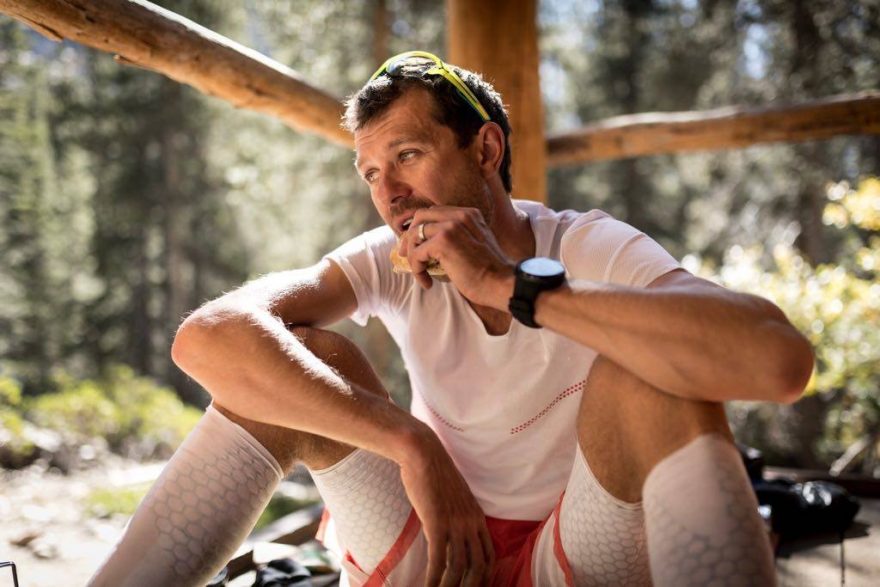 Francois D’haene, an ultra runner who has won the highly competitive Ultra-Trail du Mont-Blanc (UTMB) three times has just set a new FKT record on the John Muir Trail. He finished the 210-mile trail in only 2 days, 19 hours and 26 minutes. He has now smashed the previous record set by Leor Pantilat in 2014, who completed the trail in three days, seven hours and 36 minutes.

That by itself is pretty impressive, but when you compare it against the two to four weeks it usually takes hikers to complete the JMT, it’s downright superhuman, especially considering that the trail includes an elevation gain of around 48,000 feet. 31-year old elite trail runner D’haene’s journey started on Saturday morning at the base of Mount Whitney, continuing north to Happy Isles and finished on Tuesday, October 17th at the northernmost point of the John Muir Trail. The trail winds through extremely remote sections of Yosemite, Sequoia and Kings Canyon National Parks.

No doubt D’haene was blessed by great weather, as the conditions were clear and crisp for all three days. He was also aided by Salomon crew members, who met him at several points along the trail with supplies, water, food, and a sleeping bag for quick naps. Over the course of the trail, D’haene rested for six hours in total. This impressive feat comes just over a month, and a half after D’haene won the UTMB, establishing him as one of the best mountain runners in the world. Mike Wolf, a North Face Ultrarunner and previous record holder told The Mountain Project “He’s the best in the world at anything over 50 miles. I’m not surprised that he crushed it.” Due to its challenging high-alpine conditions and manageable distance, a lot of ultrarunners have their eye on the John Muir Trail. Notable FKT record-breakers in the past few years include Hal Koerner, Mike Wolfe, Peter Bakwin and Brett Maune. Given the incredible speed of D’Haene, it’s likely that he’ll stay on top of the list for a while to come. “The John Muir Trail truly is the adventure that we were looking for,” D’Haene wrote on his Facebook page. “A simply unbelievable trail in a truly wild place. A small, closely bonded team who faced everything with real feeling. I really found my form over this distance and tried to handle all the new parameters as best as I possibly could.”