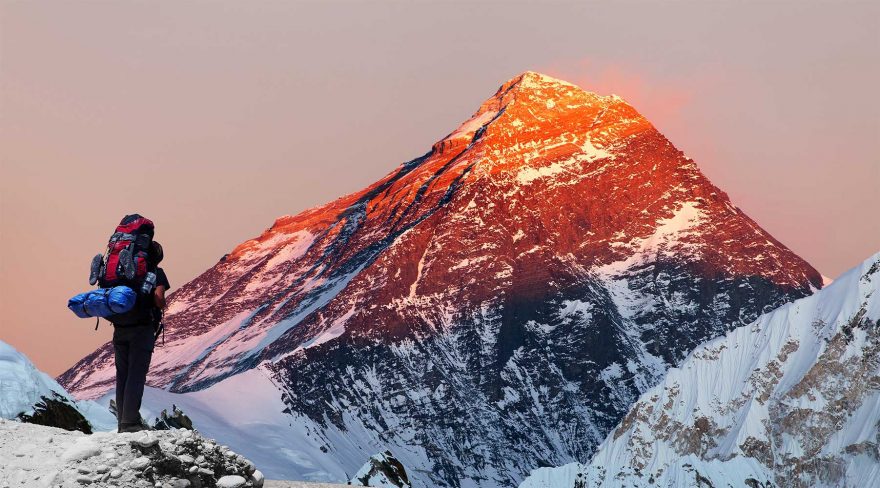 It’s well-known that Mount Everest is the tallest mountain in the world–but are the old measurements still correct two years after the powerful earthquake shook the Himalayan Mountains? To answer these questions, a challenging two-year project started in Nepal, which aims to re-measure this world-famous mountain. Government officials hope this project puts an end to the conflicting information about the height of the mountain.

Everest sits on the border between Nepal and China, and until now, most Mount Everest measurements have come from Chinese and Indian studies. The director general of Nepal’s Survey Department, Ganesh Prasad Bhatta calls Mount Everest “Nepal’s baby,” and said that “I used to say since the birth (discovery) of Mount Everest, Nepal has not measured it,” as they never could do so.

However, Nepal’s Survey Department now claims to have the tools to re-measure the massive mountain, and according to Bhatta, Nepal can “carry out any challenging survey work on its own.”

The Everest has been measured a few times during recent history, and teams always come to a different conclusion. The first time the Everest was measured was back in 1854, and its most widely accepted height of 8,848 meters came from an Indian survey team which measured the mountain around 100 years later.

An American team assisted by satellite technology measured the mountain in 1999 and determined that it was 8,850 meters tall, a bit taller than what was previously believed. However, in 2005, a Chinese mission lowered the height of the mountain to 8,844.3 meters. This finding began a dispute between China and Nepal, as the latter claims that the measure of a mountain is its snow height, and left the height of the Everest at 8,848 meters.

Possible change due to climate

A 7.8 magnitude earthquake struck Nepal in 2015, causing major landslides on Everest. This left some people questioning if the quake changed Everest’s height. Experts also believe that the mountain may be affected by climate change, with this belief being supported by locals and climbers, who say parts of the main trail are becoming rockier as they do not have enough snow cover.

Nepal hopes to have a definitive measurement of Everest in the next two years. India offered their assistance in re-measuring the mountain, but the Nepalese felt that a team from their own country should do the next measurement. The Kathmandu Post, a Nepalese newspaper stated in an opinion article “It is our property and our heritage. We have to determine the height of our property ourselves with modern technology in a way that satisfies the researchers of the world. This is our responsibility.”

Nepal’s Survey Department is finalizing their methods, while a team of Sherpas will climb the mountain with measuring equipment sometime next year, between April and October. While they feel the measurement should be done by their own country, Nepal is open to allowing international scientists to join the project. Bhatta said, “We want to assure the international community that whatever has been done has been done accurately with standard methodology and there should not be any question about the results, whatever we produce.”