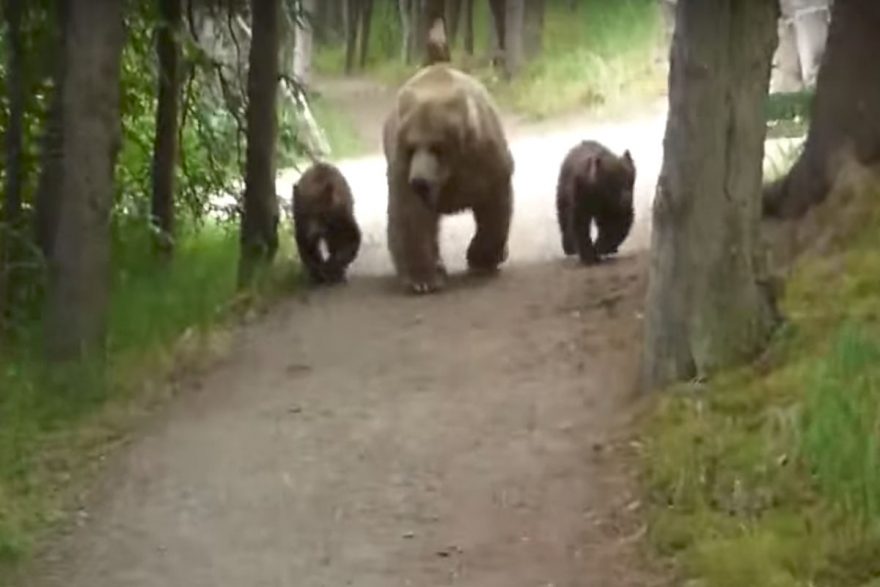 Would you have kept your head enough to consider filming an encounter like this? This man certainly did, as his hike through Alaska’s Katmai National Park was interrupted by a bear and its two cubs.

Calmly, the man explains to the camera “The mom and the cubs keep following me and are walking at least as fast as I am”. It would seem that the bears were merely curious and the man was fortunate that the protective side of the mother didn’t show.

“And what I don’t want to do, as I’m walking backwards, is stumble” he continued to explain. Although his actions remained collected, he did show a slight sign of worry as the bears kept following him, stating “oh come on guys, give me a break”.

The man filming took all the right steps in order to not aggravate the bears and turn it into a potentially deadly situation. Typically, if you encounter a bear as close up as this, the advice goes as follows: