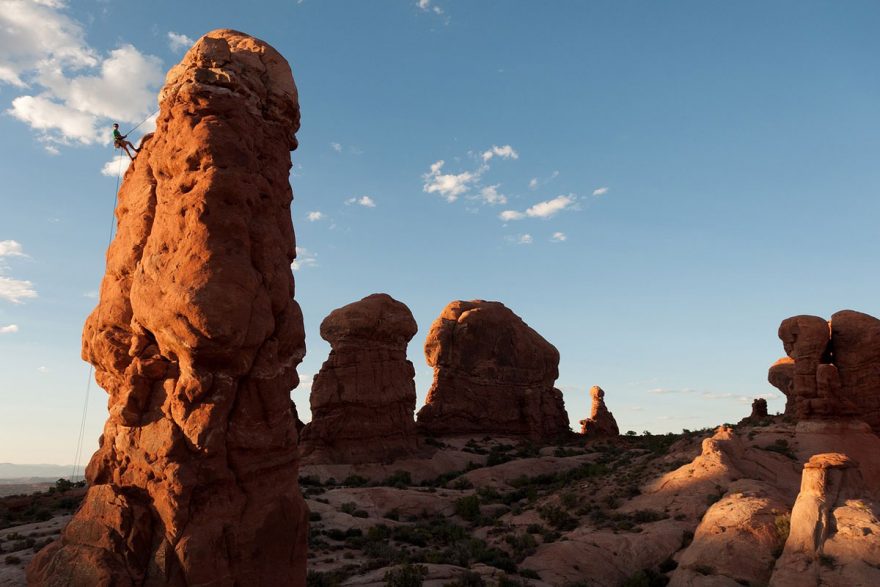 If you’re not one of the 700 million active users of Instagram, then you’re missing out on a world of creativity and the ability to see the world through the eyes of others. Many use the platform simply to announce what they ate for dinner. Others, however, use it to tell a story and document their daily lives. The world of climbing brings remarkable accounts which are worthy of a follow.

Climbing photos are fascinating to look at because you get a real feel for the incredible amounts of strength, pain, and happiness a climber experiences. Not only that, but many climbing spots around the world are in beautiful locations.Here are five of the top climbing Instagram accounts you need to take a look at right now. By no means is it a definitive list and we’d love to hear about your favorites.

First up is man of the hour, Alex Honnold. He took the climbing world by storm recently with his insane free solo of El Capitan. Having a look through Alex’s Instagram, you’ll get a real sense of scale for some of the routes he climbs. His photos and the places he hangs from are seriously terrifying and you’re likely to feel more fear than he ever does when climbing.

Next up is a good friend of Honnold, having accompanied him up El Capitan to film it for an upcoming documentary. Chin is an avid climber as well as being a photographer for National Geographic, which is why he’s right up here on our list.

On his Instagram, Chin offers a fascinating glimpse into the lives of other climbers. It helps that he is a seriously talented photographer which is what makes his account all the more mesmerizing.

Sasha is one extremely tough lady. With over 300k people watching her uploads, you won’t be alone should you choose to hit the follow button. At only 5’2”, Sasha is a small but an undeniably talented climber, having previously won the World Championships for Female Overall. As well as climbing, Sasha has had her writing featured on major publications like Outside Magazine and National Geographic.

The lesser-known Tara Kerzhner is an adventure photographer and filmmaker from Bend, Oregon. In order to get the stunning shots that she achieves, Tara needs to be a keen and skilled climber herself.

As well as being blessed with her climbing photos, you’ll also hit your recommended daily intake of cute animal pictures, which is another passion of Tara’s. We’re thankful that Tara is willing to challenge herself to climb to tricky places because the angles she gets on climbers are truly astounding.

Humbly describing himself as a “climber with a camera”, you wouldn’t assume just how stunning his images are. Matty does an excellent job of capturing and portraying the fun side of climbing as well as displaying just how demanding it can be.

Hong has been a keen climber from a very young age and still competes today. Additionally, these days he enjoys to share the sport he loves through photography and film.