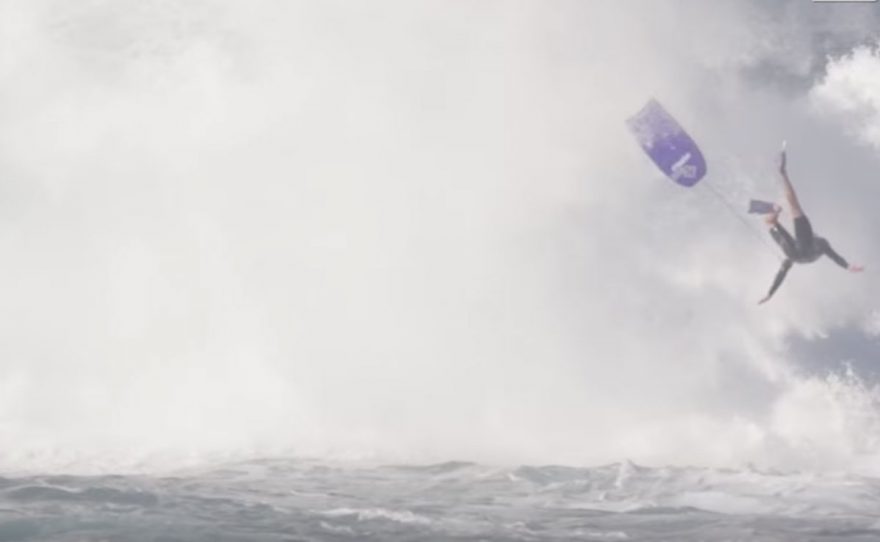 Professional Aussie bodyboarder, Jack Baker, was fired 20ft high and 40ft far as a result of backwash hitting the wave he was riding. The impact did damage, too, bursting a lung and causing internal bruising. Fortunately, there was nothing more serious coming from this insane wipeout.

Not long before the incident, Baker actually predicted that someone was going to get hurt, stating to the photographer “this backwash is going to kill someone”. Little did he know that he was the one that was going to suffer the hardest from the strange conditions.

Baker explained “As this wave came towards me, I took off and as I got in it was real deep, I was already going too fast, I attempted to eject hoping it would send me back through the wave.

“Instead of ejecting, I got smashed by the wave, and suddenly I was in the air just falling. I had already got kicked about so hard in the waves so as I came back down I was dizzy and I didn’t know whether I was in the water or up in the air. But when I hit the water, that woke me up.”

As he clambered to the cliffs, Baker nearly got knocked off his feet by a wave coming in. Baker thought he was coughing up lots of sea water but it turned out to be blood, losing around a liter of it.

He made it to the closest hospital where the doctor informed him of the severity of his injuries and told Baker that he wouldn’t be hitting the waves for the next month.