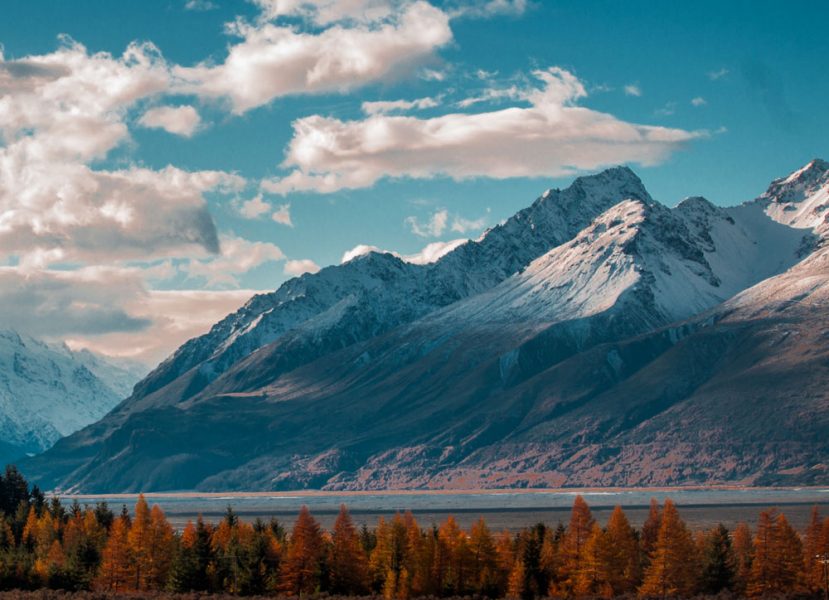 Lord of the Rings has to be one of the most popular trilogies out there for fantasy and adventure lovers. Although they do use CGI, a lot of the film scenes were shot in the beautiful country of New Zealand. Many of the locations don’t just offer the LOTR scenery; you can hike up the mountains, walk the trails or take part in other action full activities.

Known as Mt Doom to all of you LOTR fanatics, get up close and personal with some stunning views when you take the Tongariro Walk. If you’re up for a challenge, you can even don the walking boots and hike up the great mountain that stands at 2,291 meters high.

If you’re a real Lord of the Rings fan, Hobbiton is a place that you cannot miss. Hobbiton has to be the most famous LOTR movie set in New Zealand; there’s plenty to take in, and it’s a great day out. Saunter through the small little village in The Shire, visit Bag End or enjoy a nice beverage inside of the Green Dragon.

Since you’re in the area, if you’re into doing some kayaking, watersports or paddle boarding, visit The Boatshed Kayaks which is just 8.7 miles away from the Hobbiton movie set. Not much of a water baby? Take a stroll down Rapurapu Track which is just a 14.5-mile journey away.

You may know this location better by the name of Anduin River. Although in real life, it lacks the magnificent giant statues, it’s still a spectacular place that you should stop by to admire and walk along. If you’re up for a bit of action, you can take part in a Goldfields Jet Boat ride, get wet while whitewater rafting or go river surfing.

Remember Edoras, the capital of Rohan? Well, this location is the impressive backdrop you see during the scene. Here you can walk the hill tops and experience some incredible views of the surrounding countryside and Rangitata River. The track is around 1.5 km long, and you can also do some mountain biking along the route, which has been graded at difficulty level 3 for intermediates.

If you can’t picture the scene that goes with this location, then you’re not a real fan! Don’t worry, though; we’ll give you a clue – where was the first encounter of the Army of the Undead? That’s right; this is the location where Aragorn, Legolas, and Gimli walk the Dimholt Road and where they encounter the Army of the Undead.

This spot is home to some unusual geological formations, and they’re not just for viewing. You can trek along the Putangirua Pinnacles via two different paths. Depending on the route you take, the walk can take anywhere from between two to four hours. Warning: watch out for any falling rocks.

A photo posted by Brendon Pearson (@brendonpearsonphotography) on Aug 9, 2016 at 11:29pm PDT

This location was featured a few times during scenes in Rohan. Unfortunately, in 2009, the park was closed to all visitors, but if you’re up for a nice walk, you can still take a little ramble up there. It’s worth the effort for the fantastic views and scenery you experience.

You’ll see this location in one of the opening shots for The Fellowship of the Ring. This area is accessible by driving, or, you can view it while on one of New Zealand’s Greatest Walks; the Kepler Track. Waiau River also offers some fantastic fly fishing; you can expect to catch some salmon, brown trout, and seasonal sea run trout.

During the filming of Lord of the Rings, Mavora Lakes was used for shooting some scenes such as Anduin and Silverlode rivers, Fangorn Forest and more. It’s not just famous for its connections to the LOTR; it’s also popular thanks to its broad range of activities.

Here at Mavora Lakes, you can take part in fishing, horseback riding, four-wheel driving, trekking, mountain biking, boating and also camping. There’s plenty to do here, so it’s certainly worth the visit.

A photo posted by Anneka Barritt (@annekabarrittphotographynz) on Jul 16, 2016 at 9:29pm PDT

Remember the scene where Gollum, Frodo, and Sam look at the Gates of Mordor? Well, this Mount Ruapehu ski field is where the scene took place. If you’re not only a Lord of the Rings enthusiast but also pro skier, stay for a while and hit the slopes.

During the seasons where there’s not enough snow for skiing, you can enjoy some mountain bike trails or go on a volcano adventure on Mount Ruapehu.

Tawhai Falls, also commonly known as Gollum’s Pool, is the spot where Gollum is seen catching fish while arrows are aimed at him by Faramir and his rangers.

This waterfall stands at thirteen meters tall and is an outstanding location to visit. The track to get to Tawhai Falls isn’t too difficult. It’s a popular destination, so the path gets well maintained, and it only takes around ten minutes to get to the waterfall.