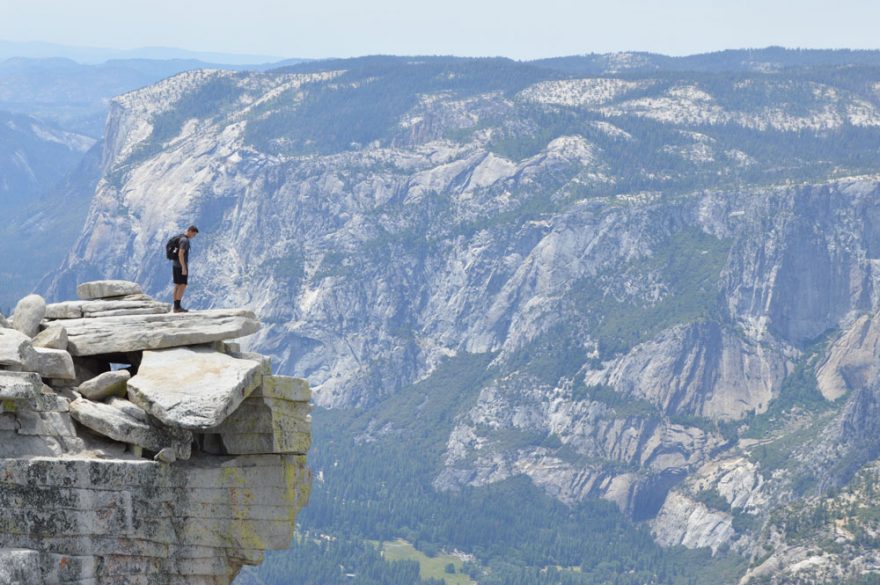 If you’re into outdoor sports, whether it’s surfing, hiking, mountain biking or another, you’d probably prefer to be out in the fresh air doing the sport yourself. However, depending on the weather and season, you won’t always be able to perform the activity.

We all need a little inspiration now and then, and with YouTube, Netflix, Amazon Prime and plenty of other sites out there where you can stream videos, you’re able to watch a broad range of outdoor documentaries from the comfort of your home.

Here’s our choice for top 10 adventure and outdoor documentaries you need to see.

In this Oscar-winning outdoor documentary, we get told the story of Yuichiro Miura, the man who skied down Mount Everest, the tallest mountain in the world. While packed with drama and tension, this docu-film will also leave you feeling a little emotional.

Watch Miura and his team embark on the grueling 62-day journey to Everest Base Camp in this fantastic film. Armed with only his skis and a parachute, you’ll have to watch the documentary to find out what happens!

This documentary is a re-creation on Simon Yates and Joe Simpson’s incredible and challenging adventure. Back in 1985, both climbers set out on a journey to climb the Siula Grande. Little did they know that disaster would strike and one would get left with injuries to their leg.

In this must-see documentary, you’ll hear exclusive interviews with both of the men and see shocking re-creations of the struggle they endured. It’s a true story about friendship, fear loyalty, and strength.

After watching this feel-good documentary, you’ll be itching to grab your board and hit the waves. It’s a classic that looks into the history of riding giant waves, but it also shows the real passion and courage of the surfers. Whether you’re a keen surfer or not, you’ll feel a connection with this great docu-film.

Steep isn’t just like any old skiing documentary; it makes you feel a range of different emotions from thrill to excitement and fear. One thing’s for sure; you’ll most certainly get a huge adrenaline rush while you’re watching this documentary.

Steep is about a group of extreme skiers who live for adventure. They climb to the peaks of some of the biggest mountains and fly down slopes that have never been skied before. This captivating documentary will have you hooked in no time.

“Fear of the unknown is the greatest fear of all, but we just went for it” – In this documentary, we follow Jeff Johnson on his journey to Patagonia where he retraces the ambitious adventure of his two heroes, Doug Tompkins and Yvon Chouinard.

Not wanting to spoil this epic docu-film, you need to watch it to understand how great it is. If you’re a keen traveler who loves adventures, this documentary will significantly inspire you to follow your dreams and achieve your goal while also giving you some helpful lessons.

In this extraordinary documentary, you get taken through an epic journey of heartbreak, determination, pain, dedication and achievement. After unspeakable genocide horrors, Rising From Ashes follows the Rwandan National Cycling Team’s efforts to make history and represent their country at the 2012 Olympics. This film is a compelling documentary that you won’t want to miss.

Celebrating the life of Shane McConkey, a daredevil, and risk-taker, this documentary is both inspiring and heartfelt. Known as the pioneer of freeskiing, McConkey lived his life the way he wanted, keeping his dream as his goal. This docu-film allows us to take a peek into his unique life and the marks that he’s left behind.

In 1953, two adventurers, Tenzing Norgay and Sir Edmund Hillary, became the first to ascend the tallest mountain in the world; Everest. In this documentary, director Leanne Pooley has created captivating footage that includes re-creations, interviews, and archival footage.

This docu-film shows the treacherous conditions the two men faced and their gripping story is sure to seize your attention. This is an achievement that will go down in history forever.

Into The Mind is one of the most beautiful docu-films that you will ever watch. The way the shots get captured is sensational, and the storyline is even better. With stunning cinematography, this film can engross the viewer into the life of an everyday skier as he embarks on a journey to conquer the ultimate challenge.

This documentary follows some of the world’s best freeriding mountain bikers on their journey around the globe to find new and challenging trails. In Where The Trail Ends, we get to see this ambitious adventure and experience all of the magnificent locations they get to explore.