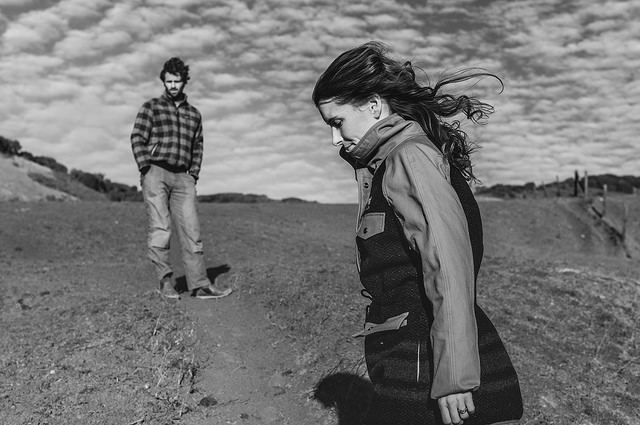 Patagonia has gotten down to the raw materials for their latest development, Truth to Materials.

The outdoor industry’s favorite environmentally-minded company, Patagonia, has raised the bar even higher. Last month, the company unveiled Truth to Materials, a seven-piece collection that focuses on the first stage of a products life: the materials that make it.

While this is a new step for Patagonia, it’s been a long time coming. The company has slowly been transforming itself to a more environmentally conscious company since the ’80s. In 1985 Patagonia introduced 1% for the Planet, in 1996 they went all organic, and the Common Threads Partnership was introduced in 2011, an effort to reduce the consumption of excess products and reusing/repairing current products. The company hasn’t stopped. They are constantly re-working their ideals to be more environmentally conscious, and they have managed to do a pretty good job so far.

The Truth to Materials Collection draws from the ideals that make up the Common Threads Partnership, in the way that it is largely pulling from recycled materials, like reclaimed wool and down. The collection is made up of cashmere cardigans, snap-t pullovers, reclaimed wool jackets and parkas, reclaimed cotton hoodies and crew necks, and a reclaimed down scarf. Even for such a small collection, it took quite a bit of time. Two years’ time, according to Patagonia Product Designer John Rapp.

Patagonia goes beyond traceable down–this scarf is made from reclaimed down.

The idea for the collection was formed from a desire to reimagine the first stage of a products life, which in this case is the source of the raw materials it’s made from. Each piece of clothing is made from reclaimed sources or alternatively sourced fabrics. The materials come from all different corners of the world, including Italy, China, Malaysia, Mongolia, and Alabama.

In order to find suppliers, Patagonia employees drew on current contacts, as well as traveling to find new ones, which often can result in a very different process while creating a collection like Truth to Materials. Rapp described in as exciting, “We often have to get creative with our problem solving, and frequently have to come up with new ways of doing things on different timelines,” said Rapp.

Getting creative, whether that be with problem solving, coming up with new ideas for conservation, or color pairing, seems to be the reason why Patagonia is a frontrunner in environmental outerwear. Truth to Materials goes past using just organic materials, and picks up the literal scraps left on the floor and uses those materials instead. It’s the Common Threads Partnership, but stripped down, and a step further.

The company is always drawing on old ideas and formulating new ones, the process of bringing these ideas into fruition can often have different effects. “Many times, this process influences other parts of the business, in a good way,” said Rapp. “It is really satisfying work.”

It is though, just one step. While this is a small collection for Patagonia, it isn’t necessarily the new production model yet. It more or less represents the direction they’re going, using less dyed materials, more reclaimed products, less processing, and more re-using. It is, however a step that many other outdoor companies haven’t taken yet.

This year the company had a hand in turning Patagonia—the place in South America—into a national park, a feat that now boasts campgrounds, trails, and a protected safe haven for the massive mountain range that dominates the Patagonia area. They worked with Conservacion Patagonica, a community and program dedicated to making Patagonia into a natural park, protecting the area, and keeping it wild.

Reclaimed cotton makes up this crewneck for the Truth to Materials collection.

Patagonia—the company—also made a bold move by planning to invest $13 million in tax credits for solar panels in 1,000 homes in Hawaii this year. This was their first dive into renewable energy, and the company hoped that others will follow suit, and do the same.

A few years ago, the founder of Patagonia, Yvon Chouinard, had the idea to create a film about the damaging effects that dams have on our rivers, and the wildlife that inhabits them. This year, the film Damnation was released, premiering at festival South by Southwest in Austin, Texas. The film is for education purposes, but also to inspire action. On the same note, Patagonia has been working to remove dams that provide a bigger, and more functionable habitat for wild salmon—a fish that could be in trouble if organizations like Patagonia don’t step in to help.

Another impressive initiative that the company supports hits close to home for the brand. Patagonia offers an Environmental Internship Program, which allows for its employees to take up to two months to work for an environmental cause. This year, they totaled 7,162 volunteer hours for many different organizations, including Conservacion Patagonica, John Muir Trust, and Great Basin Resource Watch.

One of their most recent efforts was a push to get people voting in the midterm elections, and voting for candidates who support clean and renewable energy, and those who are interested in conservation. They launched Vote the Environment in collaboration with the Creative Action Network, a collective active in conservation and uses art to get a statement across to the public.

Patagonia continues on to lead the movement in environmental action for an apparel and outdoor company. Their efforts are obvious, and the causes they lend themselves to all come back to align with Patagonia’s earth-conscious morals.

Truth to Materials is an extension, another step towards Patagonia being a company that is transparent, sustainable, and responsible. The small collection sticks to the raw roots of what actually goes into the making, and how much can actually be reused for future garments. As it turns out, that’s almost all of it. Truth to Materials just a small break from the company that is focused on saving the planet, one jacket at a time.