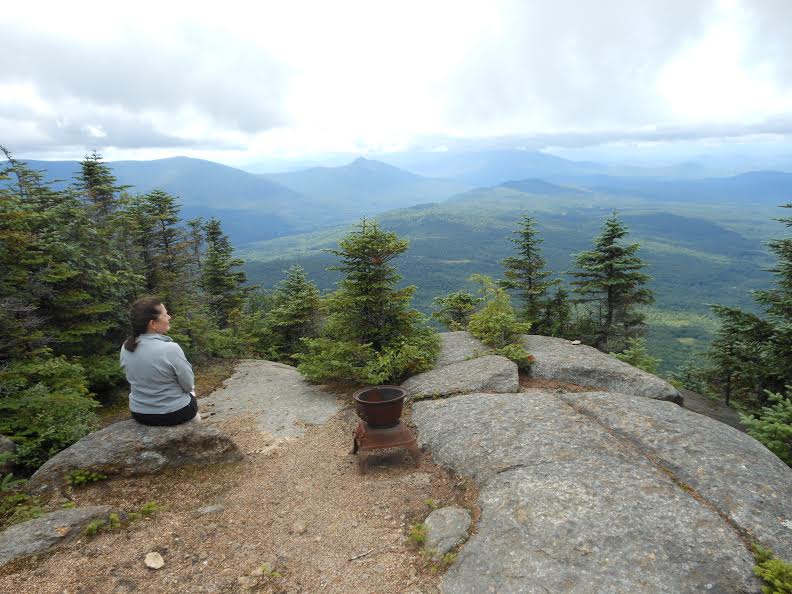 We hiked Sugarloaf Mountain a few weeks ago.

Not North Sugarloaf nor Middle Sugarloaf, both glorious platforms above the Zealand Valley.

But the other, other, other New Hampshire Sugarloaf, the remote North Country one east of Groveton in Stratford that stands tall above the stark wonder of the Nash Stream Forest and beyond.

Getting to the 3,701-foot rough and tumble mountain takes some driving and time.

The last eight miles or so is on the isolated and dirt Nash Stream Road near Stark and the trailhead isn’t readily announced, but a hunter’s camp and Cohos Trail marker make it spotted fairly easily for those looking for it.

Instead of making this a long day’s journey, my wife Jan and I opted to use a comfortable yurt at Milan Hill State Park as base camp and turned the odyssey into about a 25-mile drive to the trail’s starting point instead of waking with the sun back home.

Sugarloaf is a spur trip off northern New Hampshire’s Cohos Trail, the fine pathway that extends some 162 miles to Canada. It’s in a fine neighborhood of peaks, including stunning North and South Percy, and towers over the Granite State’s largest forest, the nearly 40,000-acre Nash Stream Forest.

With a history linked to logging and wood-pulp, the state bought the forest in 1988. Sportsmen and snowmobilers also enjoy the area as do anglers plying winding Nash Stream for trout.

On a soothing day, we spotted the small parking area after a bridge, walked by the brown and green trimmed camp, around a fence and over a brook on a snowmobile corridor before reaching the first signs informing us of the Sugarloaf Mountain Trail. There were no mileages given for the 4.2-mile round-trip hike and once off the yellow-blazed Cohos Trail, no more yellow blazes. Just occasional cairns for most of the way, leading to a wee bit of on-the-path anxiety.

At times, wet, muddy, wide, and rocky, the unforgiving steep logging road is a slog up the mountain’s east side. A number of blowdowns added a steeplechase element to the hike, but also made for rest stops.

Piles of moose dropping were frequent, and the higher we got, we spooked or were spooked by grouses minding their own business.

That unease abated about 1.7 miles into the hike when we came upon a clearing with lots of berries, dew, and flattened grasses where moose had bedded down. There were the remains of a fire warden’s cabin. Little more than a heap, we could see pieces of a tin roof, sink, wash basin, and more. A stream percolated nearby and we spotted a sign that said “Trail” pointing the way to the final stretch along the now thin path.

Popping through the trees onto the summit ledges produced relief and enchantment. The summit is a small stage from which to seeing the stunning, rippling landscape with familiar mountains in the Presidential Range in one direction while gazing out to Vermont in another. Quebec and Maine stand out in the distance as well.

But closer, it is the unfamiliar that is eye-catching—the Blue Mountains with peaks like Goback, Savage, and Blue all with no official trails.

Also on the summit was a stubborn old stove, perhaps previously used by the fire warden because the Sugarloaf Mountain Tower was once bolted to the summit. It didn’t have steps. Instead, it was more of a lookout cabin for the New Hampshire Forestry Service built around 1919 and replaced twice—in 1942 and in the mid-1960s. The cabin was closed in 1980 and burned two years later, according to the Forest Fire Lookout Association.

The stove was perched next to a welcoming rock where we were able to sit and admire the scenery. One never spends enough time on a summit, the hike never finished until back at the trailhead.

Our knees didn’t balk as much as we envisioned on the descent, and we opted for a tailgate lunch along the lonely road before heading back to the yurt.

There we toasted the North Country during a well-deserved happy hour around the campfire. Soon enough we were wrapping potatoes, bacon, and onions in tin foil to cook over the fire in the backwoods north of the notches in the state we call home.