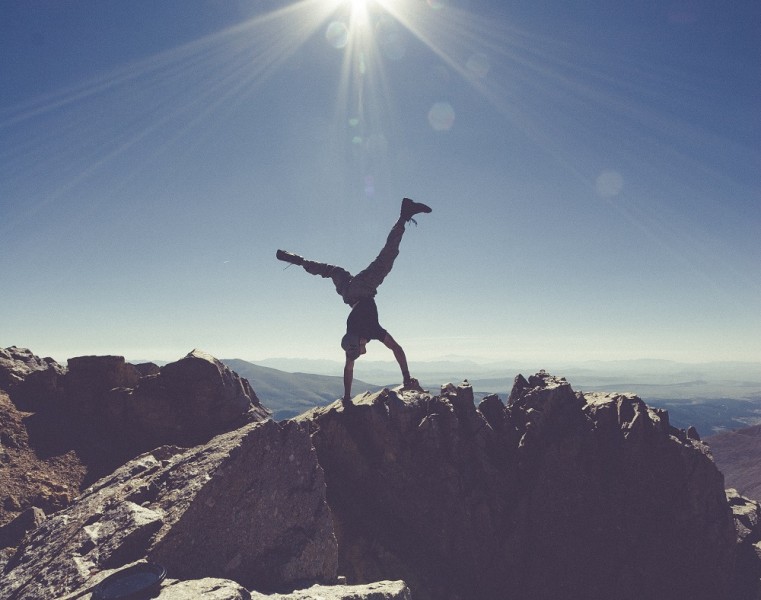 Known for its mountainous terrain, Colorado has always been a popular vacation destination for hikers and climbers looking to tackle one or more of the famous 14ers. Named for the 14,000-foot summits they possess, reaching the top of one of these rocky giants is a pivotal accomplishment for any mountaineer. Doing it for a greater purpose may be the only thing that could make such an epic climb even more rewarding.

It is this combination of action and service that makes the The Colorado 54 campaign such a tremendous idea. Organized by Second Mile Water, the initiative seeks to raise funds for the non-profit’s overall mission to provide sustainable water solution to Nicaragua, and other undeveloped countries.

The Second Mile Water Organization is still young, founded only two years ago by engineer and activist Travis Ramos. After dropping out of school, Ramos traveled the world. As he explored place like Southern China, he was awaken to the world’s global water poverty crisis. Another trip took him to Nicaragua, where he once again was shocked by the the water pollution problems. “I was changed, I couldn’t sit back and do nothing,” Ramos said. Ramos quit his job and began brainstorming ways to get the people and the communities he had met clean water.

“We had seen the trend in most organizations to only go the first mile, helping people gain access to clean water but then walking away. We were going to do things differently.” Ramos and his team decided to go the “extra mile,” not only providing clean water, but creating a sustainable infrastructure in each community that they would last decades. By utilizing a gravity-based clean water pipe system, Ramos’ team helps communities pipe clean water down from the mountains. The idea is to empower each village to be accountable. By making sure that they create and run the pipe system themselves, not only does this model provide jobs for locals, it also established a sense of ownership and responsibility.

“Travis has a team on the ground [in Nicaragua] 365 days a year, conducting research and reaching out to interested communities,” PR and marketing professional Kayleen Cohen told ActionHub. “He wants the communities to be interested in creating a change themselves, because he wants them to be involved from the very beginning.”

Cohen has only worked with Second Mile Water for about three months. A freelance digital marketer, she stumbled across an ad for The Colorado 54 and was immediately intrigued. “I am an active person—hiker, climber, camper—so when I saw the ad I was hooked. I knew I wanted to be involved. It is just a great opportunity to meet more active people in my community, but also make a difference and sleep more soundly at night.”

One of Cohen’s proudest accomplishments is the creation of a custom campaign page that facilitates fundraising. The crowd-funding inspired design allows climbers to create a profile where friends, family, and other visitors can read about their personal story and donate to the climb. “This is our first crowd-funding event, so every hiker participating is in charge of their own campaign,” Cohen explained.

Nine-year-old Mollie Davidson hopes to raise $5,000 for her climb.

Each hiker is asked to raise $500 for the climb, the amount it costs to provide clean water to two families in Nicaragua. “If we can get 10 people to climb every 14er, that’s a quarter of a million dollars we can send to our efforts on the ground,” Cohen explained excitedly.

Though this may seem like a lofty goal, over 125 people have already registered and begun raising funds for their climbs. So far, of the 54 peaks available, climbers are committed to scaling over 30. “The climbers are already so diverse, and some of their stories are so inspirational,” Cohen continued.

One campaign that has particularly captivated the community is that of nine-year-old Colorado native Mollie Davidson. First introduced to The Colorodo 54 by her father, Mollie was immediately motivated to get involved. Her sweet innocent smile, accompanied by her determination to make a difference, spurred her campaign to reach the $500 goal in record time. So, the young climber set a new goal for herself, hoping to raise $5,000 by her August 2 ascension of Longs Peak.

“I like that I would be doing something that I like to do for a purpose,” Molly said in a video campaign for The Colorado 54. “Changed people changing the world means to me that God put us here to do something, and I’m going to do something.”

A few mountains away, Nicholas Stevens will also be climbing his first 14er, but his story is a little different. Having lived most of his life with a heart disease that prevented him from participating in strenuous activity, climbing a 14er never seemed to be in the cards. His disease is also greatly aggravated by dehydration, so when he heard about The Colorado 54, he was very eager to participate.  “I’ve always wanted to climb a fourteener, but I’ve always been afraid…” he says on his donation page. “I think it’s only appropriate that I climb my first fourteener in support of hydration for myself and those who regularly lack access to clean water.”

“All the climbs will be made at the same time, so it creates a sense of community,” Cohen said when asked about how the event would be carried out. On August 2, each group will climb to the top of their designated peak, some will attempt a second peak later that day. “Collectively summiting all 54 peaks has never been done before, it would be an awesome accomplishment!”

The height and unpredictability of the nature of 14ers make them more dangerous to climb in the afternoon, so all The Colorado 54 participants will be up and on the trail by 5 a.m. Together, they head toward the summit as the sun rises over the Colorado landscape, illuminating the world around them, and creating breathtaking views that will be burned into their memories forever. “It is going to be a uniquely powerful experience,” Cohen said.

The next day, sponsors and participants will reconvene at basecamp. There, they will celebrate, sharing their stories and building a community around clean water and climbing.

“This is first year, but we want to see The Colorado 54 grow into an annual event,” said Cohen. “Though this is only one of a handful of events that Second Mile Water will be sponsoring to support clean water, we hope it [The Colorado 54] gets even bigger next year and become a tradition that people in Colorado look forward to.”