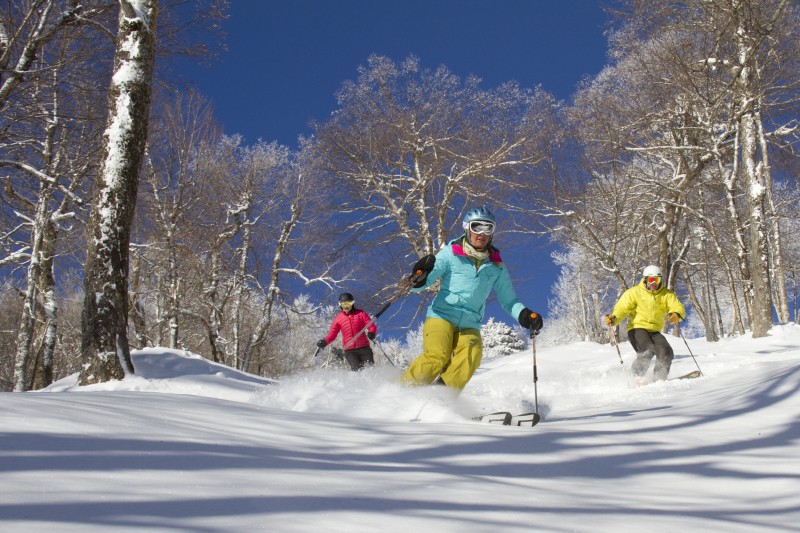 Deal seekers can find good value in used ski and snowboard equipment, and essential accessories from gloves to helmets.

It’s all things alpine and often nordic at resort base lodges, ski shows, and even schools. The season begins in early autumn, tends to spike in November, and carries on into December.

The swap is often used as a way to raise money for various organizations while providing opportunity for skiers and snowboarders to make some money by getting rid of gear they once held dear.

Whether you’re a buyer or a seller, have a plan. But find another way to part with those ancient straight skis. No one wants them anymore.

Mariel Meringolo is the Okemo Ski Swap and Sale organizer for the November 22-24 exchange taking place at the Ludlow, Vermont ski area main base lodge. She is also the head of school at Okemo Mountain School, a ski academy that benefits from the sale.

She has some pointers for ski swap shoppers:

Jotting down what you need and your various sizes can make the search for gear easier. Image courtesy of Pats Peak.

For more than 20 years, Sundown Mountain’s ski patrol has hosted the ski and snowboard swap. Midwestern skiers and snowboarders go to the Dubuque, Iowa ski area for a chance at scoring some great deals in the South Lodge, which is scheduled for November 10.

According to general manager Mark Dietz, proceeds from the swap help the patrol pay its annual National Ski Patrol dues and purchase items deemed necessary. The swap is held on the same day as an open house, enticing skiers to save $100 on their season pass while also serving up gift shop and tuning shop discounts along with food tastings and live music.

Dietz suggests arriving early for the 9 a.m. start since the greatest section is found first thing in the morning, though some late risers are still bringing in gear to sell at 10 a.m.

If you are selling your gear, be practical.

“As for selling, ask a realistic price,” Dietz advised. “Let’s say you have a $500 set of skis that you used for two seasons. I would sell for $99. That way I have a better chance of not having to take them back home.”

Another option is for sellers to take a quick run through the swap to see the prices on similar gear, he recommended.

“Lastly, clean up the equipment. Put a nice coat of wax on,” he said via email. “Just like selling your house—curb appeal.”

Not only is there the consignment sale in the Valley Lodge, but a sale from local ski shops with new equipment in the main lodge is also held.

She suggests bringing a list so you can check things off as you find them and also so you know the sizes you’ll need.

“Eat a good breakfast so you can make quick decisions,” Rowell said.