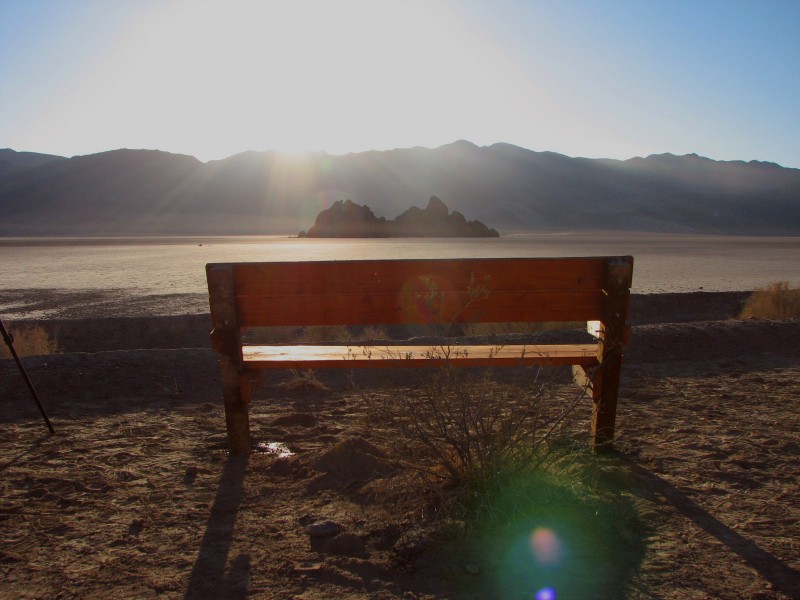 Environmental psychologists Rachel and Stephen Kaplan have done extensive research about the healing effect of nature on the mind, and support the common advice of taking a walk outside when feeling especially stressed or frazzled.

In my job writing about action sports, I have begun to notice that almost every outdoor enthusiast who I interview has something to say about feeling at peace when they are in nature. Whether it’s the YouTube personality who spends weeks at a time canoeing and documenting his trips or the young couple traveling around the country promoting Leave No Trace while camping along the way, without any leading questions, these people were all passionate about expressing their appreciation for the outdoors.

Most of them pointed to the fact that they are not confined to an office in their work, but rather get to interact with the outdoors, which provides them with inspiration. Although I love my job, I have recently been observing the toll an in-office nine-to-five has been having on both my physical and mental state. As a recent college graduate, I recall the days where I spent a short amount of concentrated time in classrooms, and was then released to finish my work elsewhere—in environments that best suited my needs. I often found myself sprawled out on the ground near one of the ponds on our campus, surrounded by my books and meticulously-highlighted notes. There, outdoors, studying was effortless. I hold this in contrast to the indoor studying I was accustomed to while holed up in the wintertime, where constant breaks were both necessary and an interruption to my learning. I simply felt as though I grasped the material easier when I was outside and produced better work, but never gave that realization much continued thought.

An article in Psychology Today titled “The Lady Across the Lake” that was published last year delves into the details of the connection between creativity in a person and nature, explaining how people are more stimulated while in the outdoors. The author, Richard Louv, begins his story with an anecdote about how he was first inspired to write about the outdoors, which I won’t include for purposes of length, but readers should definitely check out if they have time. In addition to running his Psychology Today blog, People in Nature: Exploring the natural world’s psychological effects on human beings, Louv is the author of eight books that investigate similar topics in greater depth.

The subject of the anecdote, his former publisher, is given credit by Louv as the person who made him recognize the association between nature, creativity, and community.

“Nature inspires creativity through the ecstatic experience—the eye of the bluegill comes to mind [mentioned in his story]—but also through the complexity of possibilities for play and learning, and through a kind of osmosis,” he wrote.

Louv noted that not enough research has been done thus far regarding the basic connection between creativity and nature, but that we should listen to rather than disregard our expertise of first-hand participation with the outdoors.

“There’s growing advantage over time to being in nature,” Ruth Ann Atchley, department chair and associate professor of cognitive/clinical psychology at the University of Kansas, told Louv. “We think that it peaks after about three days of really getting away, turning off the cell phone, not hauling the iPad and not looking for internet coverage. It’s when you have an extended period of time surrounded by that softly fascinating environment that you start seeing all kinds of positive effects in how your mind works.”

In the article, Louv also mentioned The Ecology of Imagination in Childhood by Edith Cobb, who wrote that a person’s “capacity to go out and beyond the self derives from the plasticity of response to environment in childhood […] Memories of awakening to the existence of some potential, aroused by early experiences of self and world, are scattered through the literature of scientific and aesthetic invention. Autobiographies repeatedly refer to the cause of this awakening as an acute sensory response to the natural world.”

Most of the research surrounding this connection between creativity and nature is focused on children, and how they are more willing to express new ideas while outdoors. A 2006 Danish study Louv referenced found that outdoor kindergartners were more creatively stimulated than indoor kindergartners. According to the data, 58 percent of the children who spent most of their time outside invented their own games, while only 16 percent of indoor children did. After doing some research of my own, I found the majority of these studies were concentrated on children. But is the connection relevant in adults?

A report by the KU News stated research from the University of Kansas found that people from all walks of life began exhibiting cognitive improvement after living for a few days immersed in nature, such as a 50 percent boost in creativity.

Several days ago an opinion column by Carol Kaufman was published in The New York Times, “Time to Write? Go Outside,” for which she provided her own story of increased creativity while spending time outside, as well as included an interview with Louv.

“Nothing coaxes jumbled thoughts into coherent sentences like sitting under a shade tree on a pleasant day,” she wrote. “With a slight breeze blowing, birds chirping melodies, wee bugs scurrying around me and a fully charged laptop or yellow legal pad at hand, I know I’ll produce my best work.

“Writing became easier. Words that were locked in the brain vault appeared. I saw the bigger picture, the story waiting to be told.”

While both Louv and Kaufman are writers who discussed the benefits their work garnered after being stimulated by the outdoors, people in all different fields can prosper from this interaction.

To back up her assessment, Kaufman discussed research conducted in the 1970s by two leading environmental psychologists, Rachel and Stephen Kaplan. Their data showed that nature had a healing effect on the mind. The Kaplans, now environmental professors at the University of Michigan, said being surrounded by nature helps us bypass mental fatigue, restore drifting attention, and sharpen thinking.

Their research covers a plethora of information, but what I found to be one of the easiest and most encompassing lessons in their work is understanding the difference between hard and soft fascination.

“The Kaplans refer to activities like watching TV or sporting events as hard fascination. The stimuli are loud, bright, and commanding. The activities are engaging and fun, but they don’t allow for mental rest,” stated a post on Michigan Today. “Soft fascination, on the other hand, is the kind of stimulation one finds on, say, a stroll along the beach or in the woods. Nothing overwhelms the attention, says Stephen, ‘and the beauty provides pleasure that complements the gentle stimulation.’ The brain can soak up pleasing images, but it can also wander, reflect, and recuperate.”

In Kaufman’s column, she addressed another question: although many people have made the connection between nature and creativity, why do we still refrain from going outside to do our work? “Why are we held hostage by cookie-cutter offices, zapped by overhead fluorescence, and pinged by electronic apps of varying degrees of annoyance?” she questioned. “This, truly, is writing with only a partial mind, because our mind lies in too many different realms.”

While a number of the comments on the article disagreed with Kaufman’s analysis, mostly from people who said they worked better while inside their homes or in an office environment, it is evident that a large amount of people are still inspired by nature. With this noted, my recommendation is to conduct a simple comparison. Analyze the amount of work you accomplished inside versus outside, the length of time it took, the quality of the work, and your overall mood.

However, do not end your relationship with the outdoors when the work is done, but reap additional benefits it has to offer.

As the University Today article stated, “The Kaplans have shown that if you’re upset, frazzled, or suffering, an easygoing walk in the woods or even along a tree-lined street is one of the best things you can do for yourself.”

Image from Manoseca on the Wikimedia Commons