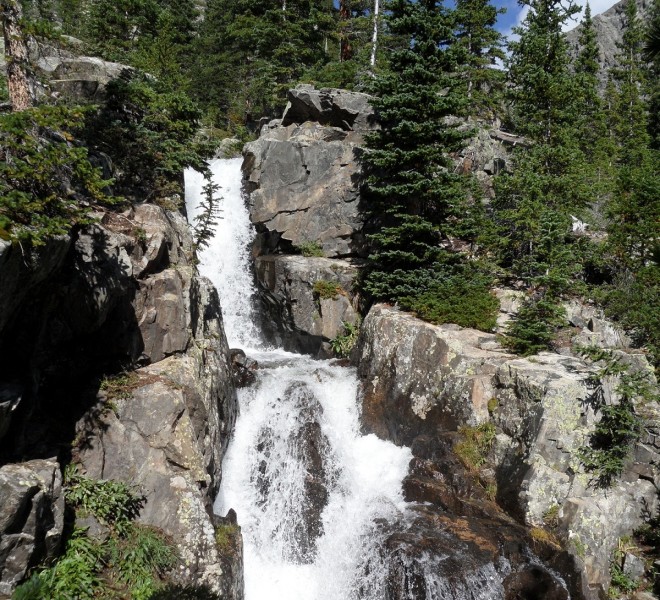 Moving to a state like Colorado from Michigan is quite the change. Quite literally, one of the first things you'll have to learn is how to breathe.

As a Michigan resident who relocated to Breckenridge, Colorado for the summer last year, my first task was learning to breathe.

I lead a pretty active life when I’m back home in the mitten, but I went into my move well aware of the struggles I would be up against living at an elevation of 9,600 feet above sea level. What I didn’t imagine was that I would be completely lacking air after walking up a simple flight of stairs. What any person transitioning their life into a mountain town needs to accept is that acclimation will take time.

On my first day, my aunt, who has lived in the town for the majority of her adult life, suggested we hop on her bikes and ride into town so I could start to learn its layout and see where I would be working for the next several months. The first half of the ride was enjoyable and I was able to see the beautiful mountains, gorgeous homes, quaint downtown, and accompanying river that define the town. The ride back home was when all positive thoughts left my head.

My aunt, who stands five feet, four inches at most, has one of the most athletic bodies I’ve ever seen. Stories told at my family gatherings about her revolve around people visiting her for ski trips–it must be noted that everyone else in my family can be classified as a beginning skier at best. She has proceeded on numerous occasions to transport them to the highest peak possible, provide assuring statements such as, “Oh, it’s not that high,” and give a little nudge to the small of their back until they’re flying down the mountain at record speed. A state of shock has been the common feeling explained after the fact, rather than a sense of accomplishment or a fulfilling adrenaline rush. So, knowing this before I began my first outdoor adventure with Aunt Danger, I fully expected to be placed in some sort of uncomfortable situation.

On the ride home it began to rain lightly, which I didn’t consider the most traumatic of scenarios that could have ensued. But then it began to pour.

The rain may have been a slight hurdle, but I chose to wear sandals while biking around, since it was a short ride on a road bike. As my shoes slipped off my feet with each painful turn of the pedals up the winding, hilled road home, my anger began to mount. Not only was it a downpour during an upward bike ride, during which I was wearing improper footwear, but my aunt who has 30 years on me was passing me by without strain. I must mention that she was toting my cousin in her Booyah baby stroller (great investment because you can get a version that hooks onto skis too), similar to a tent on wheels that attaches on to the back of a bike, adding extra weight that she managed to carry with ease.

It was at this time that I started to feel light-headed.

I was in a new environment, but was sure its climate would not affect me as harshly as it did because I was an athletic being. My body was failing me. The frustration that comes with not being able to engage in your typical exercise routine is difficult to explain. You spend time transitioning your body into something you’re proud of, that can do the work at the gym and through sports that you only dreamed of several months ago, only to have it demolished by a simple plane ride.

That day was not one I look back on fondly, for after I climbed off my bike halfway up the hill and walked it the rest of the way back to the house in a head-to-the-ground, shameful march, the migraine began. I was out of commission for the rest of the day and it took several weeks beyond that to get adjusted, but according to every local I met, I was acclimating quite well. By the end of the summer, I was an avid hiker who was able to breathe easily during steep climbs.

Some advice for those traveling to a higher elevation, whether it’s for a short vacation, extended stay or permanent residence: give your body time to adjust rather than fighting it into submission. You will only make yourself sick. Once you get used to the decreased oxygen, you’ll find that the activities you were able to do at home are now possible again. Just give it some time and allow enough time to rest.

Check out my recommendations for five great hikes to explore in Colorado this summer here.