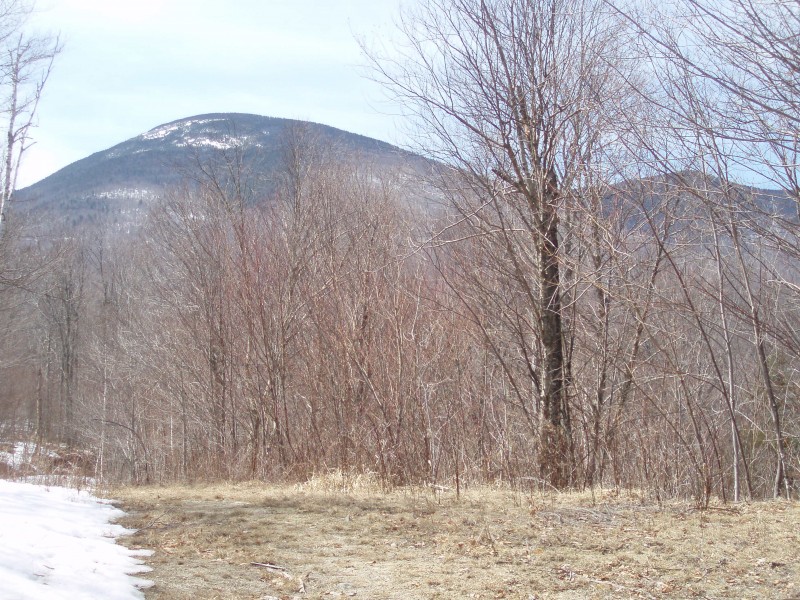 Guilt plagued me, but I decided to hike on. If she was there when I got back, I would call for help.

I could see specks of blood in the snow. She was ungroomed and wild. Her ears were set back and she looked at me like my presence wasn’t appreciated. Maybe she was stuck.

She was a moose sitting in the snow on the side of the Bunnell Notch Trail and I was a solo hiker on the way to remote 4,170-foot Mount Cabot, the northernmost of New Hampshire’s four-thousand-foot peaks.

I decided to press on, but made a deal. If she was there on the way back, I would call for help.

As the spring hiking season continues in northern New England, which means hiking dry trails to low-lying peaks or sticking to those still with snow, I’m reminded of that encounter with the moose a few years ago.

Located in the wild Pilot Range, Cabot is a faraway North Country peak. West of Berlin’s city streets, I decided to tackle it from the east via the 9.6-mile round-trip trek using the York Pond, Bunnell Notch, Kilkenny Ridge, and Mt. Cabot trails.

With forecasts calling for mid-50 temps, sunshine and wind gusts between 10 and 20 miles per hour, I got an early start.

The temperature was still below freezing at 8 a.m. as the trek began on a rather benign mile. The Bunnell Notch Trail, a former logging road, was easy footing on a combination of melting snow and dirt. At a trail intersection it was possible to look up to Cabot’s broad summit through the leafless budding trees. The trail also had a trio or so of stream crossings easily navigated with a skip or a jump. I would later hop over a number of piles of moose droppings.

A moose appeared stuck in the snow–but wasn’t–on the edge of the Bunnell Notch Trail.

The trail then entered into a small ravine, climbing near and above a rushing brook. Rocks, roots, and moose prints all held court in the snow. The moose holes were deep in spots and so were the postholes left by other hikers. Those holes were literal foreshadowing. On the return trip this march along the rushing water would become more like a miserable mile as I sank several times to my hips in the sun-softened snow and stepped more than once into a chilly, muddy tributary hidden under the melting snow. Snowshoes would have helped. As Homer Simpson says, “Doh!”

Solitude reigned. There were no bugs and only my rapidly beating heart pulsing in my head rivaled the sounds of the rushing water. I was in that hiker’s trance when I nearly added to the moose droppings. Not 10 feet from me off the trail was that moose. After deciding on that call later option, I was soon using traction grippers as the pathway became glorious with glimpses to the snow-covered Presidentials and brown valleys.

The small Cabot Cabin was just shy of the summit. Outside the cabin were some of the finest views of the trek before tackling the final push to the summit and its viewless platform.

On the return that moose was on my mind but she wasn’t there. I remembered the spot as it was near the small sign of an arrow in a tree.

When I got home, I wanted to learn a bit more about that moose so I emailed the photo to the New Hampshire Fish and Game press contact who put me in touch with the state moose biologist.

I was told the moose was not stuck in the snow and was likely very tired. The moose may have been stricken with winter tick, a skin parasite. It was tough to tell from a so-so photo. But it’s a photo that will always remind me of what can happen during a hike in remote New Hampshire.