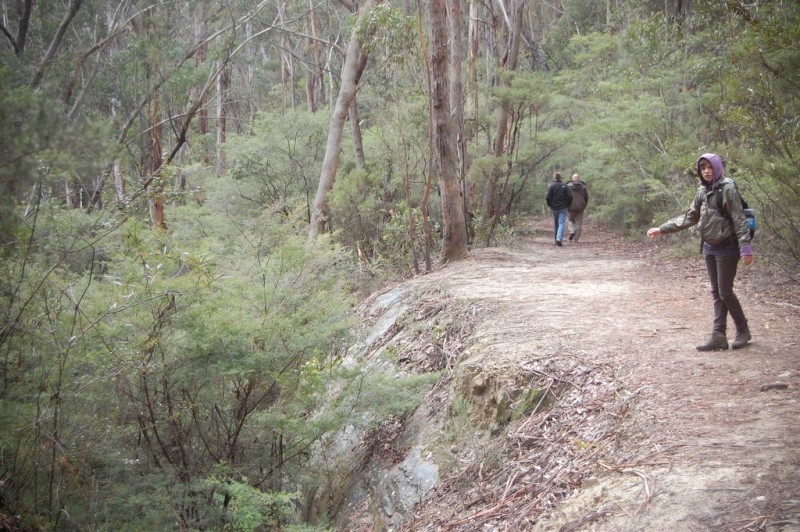 New South Wales is a diverse playground for bushwalking enthusiasts. Trails run over mountains, through caves, along rivers, and under the canopy of rainforests. There are several national parks and other destinations throughout New South Wales that are worth a trip for people that love the great outdoors. Here are 10 of the top places to check out in New South Wales.

First gaining attention for the dry lakes where 40,000-year-old human remains were discovered, Mungo National Park is also a great place to hit the trails. One of the most beautiful sections of this park is called Walls of China, a 30-kilometre long formation of crescent-shaped dunes formed by wind and erosion. Guided walks are available from Aboriginal rangers.

Throughout New South Wales there are bushwalking destinations for people of all different fitness levels. One popular one is Blue Mountains National Park, where a series of steps progresses down to the valley floor. Temperatures here under the Three Sisters rock formation are cool and refreshing.

The Dharug National Park is home to one of the most challenging walks in all of New South Wales. The Great North Road Walk is 43-kilometres long and stretches between Mount Manning and Wisemans Ferry. This is for experts only, as it takes three days to complete the walk.

People looking for a remote destination should check out Warrumbungle National Park. The most popular thing to do here is climb up the Breadknife, a narrow rock formation. If you aren’t up for this steep climb, the Breadknife walk is a scenic one, especially in the spring with beautiful wildflowers.

Some of the most beautiful bushwalking destinations in New South Wales are along the beaches. One of the best is Batemans Marine Reserve, a protected area located along the south coast. This easy walk is a great choice for people of all fitness levels.

People interested in mountain climbing will set their sights on Mount Gower, located on Lord Howe Island. The top of the peak is 875 metres above sea level and offers striking views in all directions. This is often listed as one of the top day walks in the entire country.

Recently, the Grand Canyon Walk has been restored. This trail is over 100 years old and is one of the only built straight through a slot canyon in the Blue Mountains. This walk is memorable for several reasons, including beautiful waterfalls and steep canyons.

Located in Port Macquarie, the Sea Acres Rainforest Centre offers spectacular boardwalks over the top of the rainforest canopy. The opportunity to see a bird’s eye view of the rainforest is a rare one and is incredibly impressive. This point of view also puts the surrounding scenery into context with the rainforest.

One walk in New South Wales with an intriguing name is the Glow Worm Tunnel Walk. Located near Lithgow in the Blue Mountains, this walk follows the trail of a former railway that in the past took people to Newnes. After this service stopped, the tracks were pulled up and glow worms moved in. Now people travel from far and wide just to see the incredible glow worms in substantial numbers here.

Many of the best places for bushwalking in New South Wales are also family friendly. Kids will love a walk to Wentworth Falls Lookout and its incredible views. There’s also a picnic area here making it a great destination for a family day of outdoor adventure. Bring along some food along and enjoy the views as you eat.

In New South Wales, there are many different wants to enjoy bushwalking. Some people will head out on their own while others will appreciate the knowledge of a local guide. Another useful thing that is offered in some places is the transportation of your gear. Instead of carrying a heavy backpack, there are companies such as Auswalk that will bring all of your gear to the finishing point of your walk. This convenient service might make bushwalking more appealing to a wider audience.