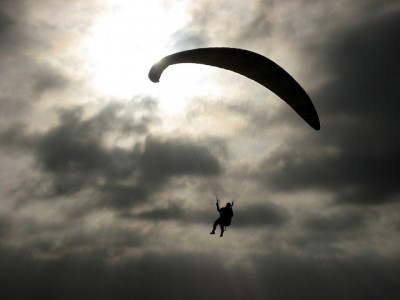 These two girls from Iceland have probably inadvertently set the record for smiles and laughter on camera during their four week adventure in the Highlands of their own country. But, if you watch the almost eight-minute-long video, it’s hard not to smile along with them and daydream of the place you’d like to spend four weeks paragliding yourself.

The girls packed camping gear and paragliders and then borrowed a 4×4 to drive to the middle part of Iceland peppered with glaciers, hot springs, volcanoes and numerous hills and mountains to get their paragliding fix.