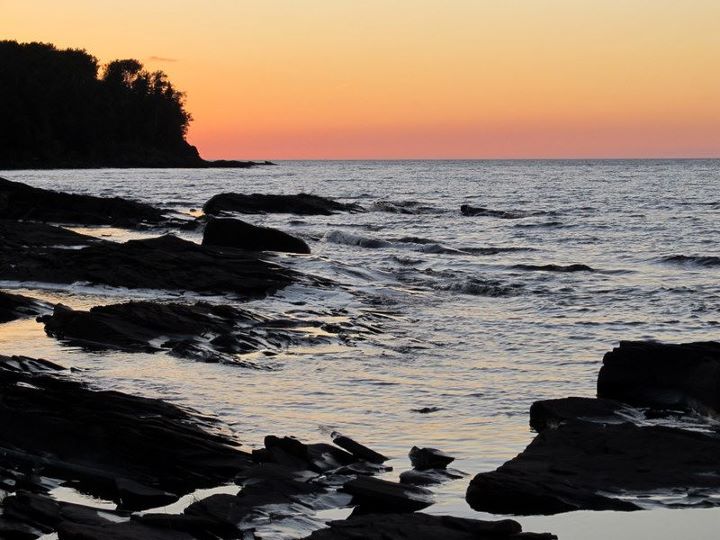 Few people can do what Malia Lane has done – and is doing as you read this very article! She left behind her home, job and family in Austin, Texas to see every corner of North America as it suits her fancy. She’s living on her own schedule with no one to check in with, no appointments to attend to and nowhere to be but wherever she wants to.

Malia bought a Winnebago Itasca Sunflyer and has been traveling full-time in “Inspiration” – her RVs name – since 2001. Her mom told her she was crazy and Malia had her fears, but she didn’t let that stop her. She had always wanted to travel after she read a study of dying people who had regretted most what they had not done.

A friend got her into RVing and she took one of her biggest trips to Alaska and hasn’t been able to slow down since then. Malia only took time off from full-time RVing between 2007 to 2011 to care for her mother who was diagnosed with Alzheimer’s, but has recently gotten back on the road to spend her summer touring Michigan. She affords her full-time vacation by working as an online lawyer assistant and a writer.

It was hard to get a hold of Malia prior to our successful conversation. Something would pop up before each appointment like losing her keys, a week spent with her daughter near Traverse City, or poor cell phone connection.

When I was finally about to talk to Malia, she exceeded my expectations as the cheery, lively person I anticipated. She was so open with her troubles with a stranger and was sweet and enthusiastic overall. Malia was curious about my life once she found out I’m from Michigan. She asked, “Have you ever been to the Porcupine Mountains?” “No…” I reply. “Well, why not?!?” she gasped, bewildered.

Malia at the Lake of Clouds at the Porcupine Mountains

I personally hadn’t heard of them up to this point, but Malia has barely missed a sight or park in this state and has visited many others already. She’s traveled to and through Arizona, California, Louisiana, Oregon, Virginia, North and South Carolina, Canada and had a big trip to Alaska, just to name a few.

I admire how she plans her route. Malia travels by seasons and sights. In 2007 she followed the Blue Ridge Parkway. “I wanted to see every mile post and I wanted to see them in two seasons,” Malia says. She saw the summer season heading north, explored Shenandoah National Park then drove back down to see the fall colors.

"The start of my first sunset show at Fort McLain State Park. I can see I'm really gonna love it here!"

Once she plans her route, she’s not obligated to follow it (with a few exceptions). She loved the Porcupine Mountains so much that she blew off two other state parks to stay there longer in order to meet her daughter, whose plane was flying into Traverse City (her only obligation).

Not even all the incredible sights and people Malia meets can keep her from being despondent full-time. She laughed when I posed the question “How do you stay so positive alone on the road?” Her response was, “I actually deal with depression and anxiety on a much-too-frequent basis.” But for her, there are those moments that make up for all the solitude – and she wouldn’t call herself lonely. She has felt the soft, spongy ground beneath her come alive. Her heart was in perfect sync with the vibrating, falling leaves and rustling bird feathers. That was anything but loneliness to her.

To spend all the time on your own and see as much of the wondrous United States as you please sounds like a piece of cake, right? Maybe for the adventurer in Malia, but not the traveler. The travel wouldn’t be complete without problems along the way, as the road easily traveled does not exercise our mind nor try our patience. She’s experienced financial and time-costly mishaps. A broken RV slide, fallen axle off the car she hauls behind her, lost keys and even mice.

Through all the troubles and all the wonderful sights, Malia will be one person who doesn’t regret what she hasn’t done on her deathbed. She’s just a woman living an unusual life and loving it. A quote on her website reads:

“And it’s not like I don’t have a home – I just have one whose backyard changes all the time… sometimes it’s a forest in a state park, sometimes a lake, sometimes an ocean, sometimes a WalMart parking lot, what the hell… I still have everything I need with me all the time – my own bed, my own bathroom, my own kitchen and best of all, all my clothes – I never have to worry if I have forgotten to pack something. Most importantly, for the first time in a long time, I can honestly say I love my life and look forward to every day.”

Check out Malia’s blogs for yourself! She hosts MaliasMiles.com (Information for RVers from an RVer) and MalisRV.com (online journal to share her sights and feelings with family).

All photos courtesy of Malia Lane