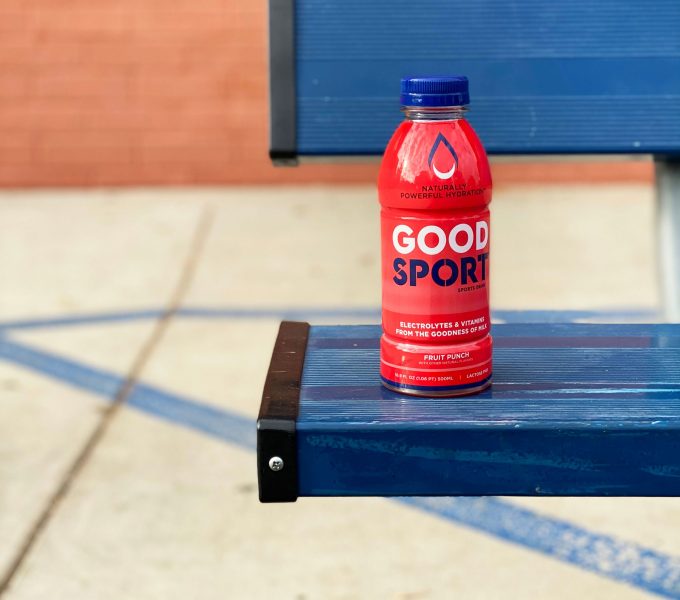 An innovative sports drink has entered the ring — and it’s made from milk. That’s right. GoodSport, which launched in February, is a first-of-a-kind natural sports drink that’s 97 percent dairy.

Besides being hydrating and nutritious, the beverage also swoops in to utilize milk permeate, a byproduct of the ultrafiltration process, and gives it a new life. This fascinating concept is now a full-fledged product and may soon be competing alongside other sports drink giants.

GoodSport was originally conceived and brought to life by Michelle McBride, a sports mom and now the company’s CEO.

“I didn’t want my son drinking the artificial sports drinks that were offered to him at his games,” she said. “I wanted a sports drink from a natural source that would provide truly effective hydration.”

What makes her product unique is that is takes the already-present hydrating power of milk and builds upon that. 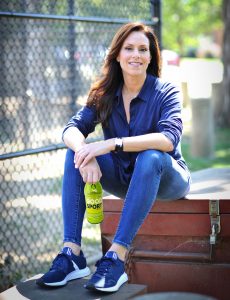 A new spin on an old classic

I’ve heard it from more than a few dairy farmers. We just really aren’t innovating new products the way we need to.

GoodSport seems to be just such a solution to these musings. Not only is it dairy-based, but it also highlights some of milk’s greatest qualities — electrolytes, carbohydrates, and hydration.

McBride took her idea to Dairy Management Inc. (DMI), the national dairy checkoff program, to help bring it to life. The Center for Dairy Research, the University of Wisconsin-Madison, and the co-founder and former director of the Gatorade Sports Science Institute also helped with the four-year long research and development program.

“There is a lot of science in formulating a sports drink properly and working with dairy ingredients,” says McBride.

But all that work has paid off. A hydration test done at Penn State University and published in the Journal Nutrients found GoodSport to provide hydration as long as two hours post-consumption.

While it may sound unlikely, this isn’t really surprising. Chocolate milk, for example, has been found to be a superior post-workout recovery drink. It just took a bit of science to transform it from its traditional form to something more practical for the athletic sphere. 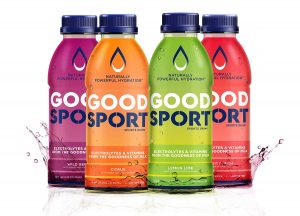 As good as it may be for the dairy industry and health-conscious athletes we have to ask the serious question: Does it taste good?

Despite its dairy roots, GoodSport drinks look, smell, and taste similar to what you’d expect from a typical sports drink.

The 16.9-ounce bottles currently come in four flavors: lemon lime, fruit punch, wild berry, and citrus. And it’s only 90 calories per bottle — compared to 134.9 calories in the same amount of a similar brand.

I was pleasantly surprised by the taste and feel of these drinks myself. I am sure I would not have guessed they were dairy-based if I hadn’t been told. 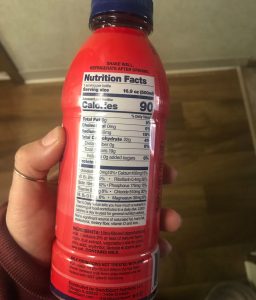 Despite cutting out a third of the sugar compared to similar beverages, the flavoring was familiar and very good. Maybe a hint less sweet than some other brands out there, but no lack of taste or refreshment served at both room temp and chilled.

Safe to say, I’m pretty sure you could swap these out in your kid’s gym bag today and not hear any words of disappointment or questions.

Overall, I’m impressed — as was my fiancé who had to check the label more than once to make sure there was actually dairy in there! — and am genuinely excited to follow this product as it moves forward in marketing and distribution.

McBride says that GoodSport is currently available for purchase on Amazon and at goodsport.com, with select retailers expected to carry the product this spring, just in time for summer sports. Eventually, she says they have big plans to carry the name nationwide at leading grocery, convenience, and drug stores.

This review was written by Jaclyn Krymowski, a recent graduate of The Ohio State University with a major in animal industries and minor in agriculture communications. She is a professional freelance writer, and blogs at the-herdbook.com.

Images courtesy of GoodSport and Krymowski