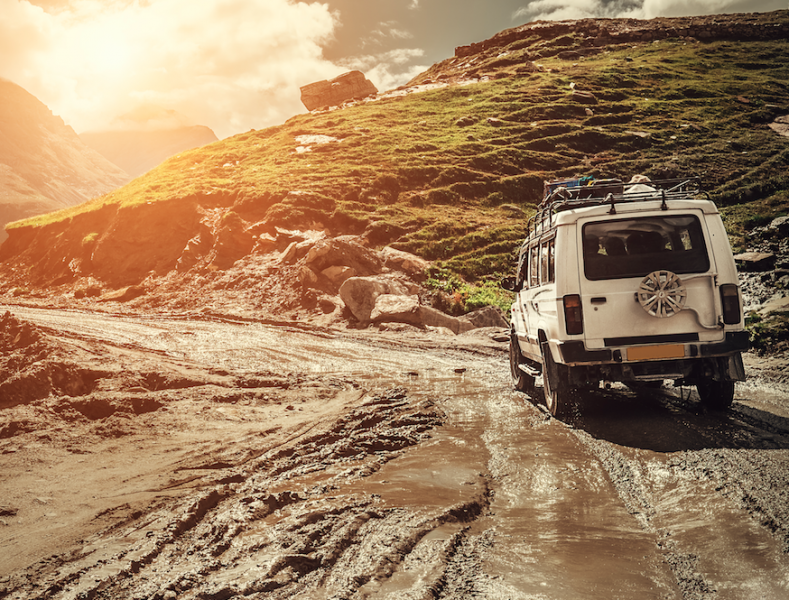 In an era of push notifications, incessant email, and constantly ringing telephones, getting away from it all is more important than ever. We all need a digital detox, even if Dre’s album of the same name never drops. When it’s time to turn off the lights and close the laptop, overlanding is one of the best ways to leave it all behind for a week. A popular phrase in my hometown captures this ethos perfectly: make yourself scarce.

If you’re new here – welcome. We’ll tell you (and remind everyone else) that overlanding deploys a self-contained ride that can go just about anywhere on an adventure where the drive is just as important as the destination. Three days out and three days back with nary another human in sight? Sounds good to us.

We’ve assembled a few mainstream vehicles which are popular for an overland conversion. There are gonzo-level rigs priced into the stratosphere … but we’ll get to them in a future post. For now, here’s our selections for mass-market rides ripe for an overlanding conversion.

The go-to choice for a good many custom shops specializing in overlanding conversions, a full-sized one-ton pickup truck is a dandy base from which to build a, well, base. Binning the cargo box is usually the first step, replacing it with living quarters that can range from Spartan to luxurious. Add in some stout suspension modifications and recovery gear to make for an nigh-unstoppable machine that’ll take you to the furthest reaches of civilization.

Spoken of with quiet reverence by their adoring fans, Land Rover Defenders are known as one of the world’s most capable off-road vehicles right out of the box. Smacking on some form of rooftop conversion to allow for a few nights of self-contained adventure is a relatively simple task given the thing is shaped like a brick and tough as one, too. There’s a reason they used these things for exploration in the wildest parts of our planet.

In close proximity to the Defender in terms of mountain goat ability is the legendary Land Cruiser. Take your pick from its myriad of iterations but your author prefers the 80 Series truck and its log axles. Finding one in good nick will be tough, and the six-banger has an appetite for head gaskets, but its prodigious payload makes up for most sins. Go for the newer 100 Series if you must, as it does have the excellent 4.7L V8 engine.

When the company rolled out the extended wheelbase Unlimited model about a dozen years ago, it provided the overlanding community one of the most accessible and capable vehicles able to be purchased right off the showroom floor. These things are built to handle the rough stuff, especially in Rubicon trim. A vast aftermarket allows for significant upgrading possibilities. Its major downside? A lower payload rating than the others on this list, so pack light.

Wait! Before you click away in disgust or write a rude letter to the editor, know that the XTerra’s ladder frame make it a more capable than it may appear at first blush. While it is approximately as refined as raw West Texas Crude, its off-road measurements are robust especially if one bins that plastic front bumper in favor of a steel aftermarket unit. Just be sure to plan ahead, as its optional supercharged engine was powerful but thirsty.

What’s your choice for hitting the adventure trail? Did we miss your favorite? Be sure to sound off in the comment section or hit us up on social media with your selection for making yourself scarce.