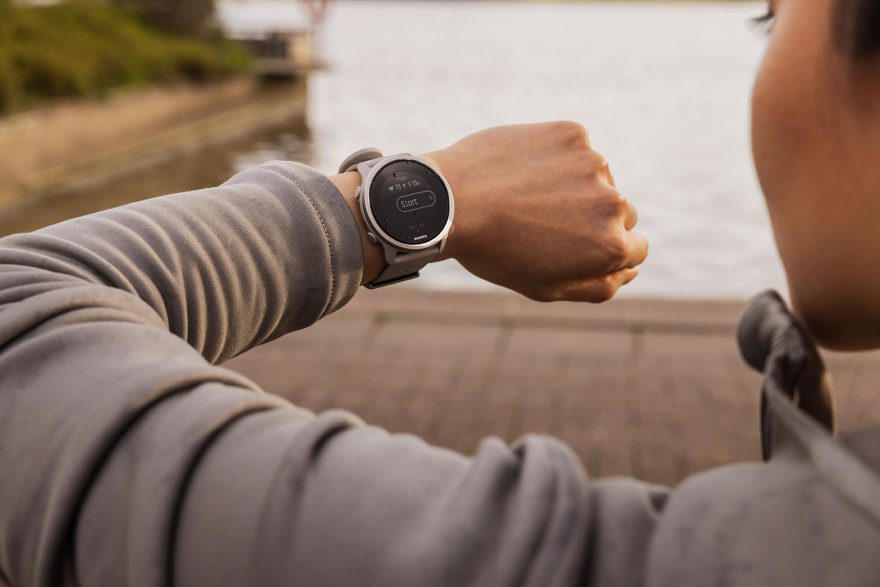 Suunto has released the next evolution of its mid-tier 5 Series sport watch — appropriately titled the Suunto 5 Peak, mirroring the naming convention of its newest 9 Series watch released last year. The 5 Peak captures the sleek Nordic design and durable build quality that Suunto is known for and has packaged those characteristics in a device that weighs just 39 grams, making it 41 percent lighter than the previous iteration of the Suunto 5.

The target audience of the Suunto 5 Peak is likely going to be dedicated athletes who aren’t quite as extreme as those who gravitate toward Suunto’s flagship 9 Series sport watches. It carries 10 days of battery life in time mode on a single charge, and has three battery modes for activities: Performance (which yields 20 hours of battery life), Endurance (40 hours), or Tour (up to 100 hours).

The durability and lightweight feel makes it an ideal entry-level GPS watch for a runner looking to go longer and needing more battery life consistently. 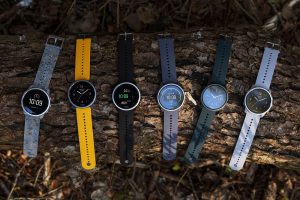 The watch brings access to more than 80 sport modes in addition to the ability for users to customize their own modes in the Suunto app. There’s also the industry-leading route creation available in the app and the opportunity to find routes for 20 different sports via heatmaps.

The five-button Suunto 5 Peak measures in at 43 mm in diameter and has a depth of 12.9 mm. The bezel (available in gray or silver) is stainless steel, and the lens is a polyamide material, which is a type of high-performance nylon also used in adding strength to sunglass lenses. The display resolution of the watch is 218×218.

The new 5 is capable of over-the-air firmware updates, a welcome feature introduced by Suunto with the 9 Peak that does away with having to use a cable to connect to the SuuntoLink desktop app when new software is available for a wearable. 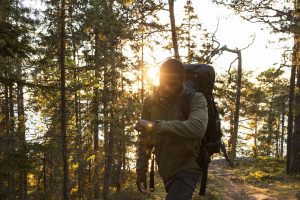 While the design of the 5 Peak impressive, the watch does suffer from a drawback that affects many of the today’s GPS watches: a thick section bordering the bezel. It’s particularly noticeable on devices such as the Suunto 9 Peak and the Garmin Forerunner 945, which don’t do a lot to hide that chunky black rim around the display. Other devices, such as Garmin’s Fenix Series or Coros’ Apex line add screen markings or expand the casing onto the watch face to help hide the bezel rims. Yet a thick bezel is just part of the industry build these days, as manufacturers have to fit antennas and other tiny tech into a device, while also keeping it secure from external impacts during exercise and adventures. 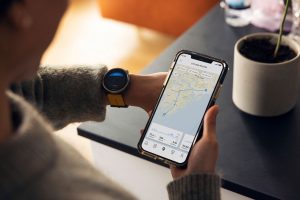 Among some of the other features available in the Suunto 5 Peak:

There had also been speculation among the Suunto faithful that the 5 Peak would usher in an in-device barometer as standard among newly released Suunto watches, yet this device still measures barometer solely based on GPS position.

The Suunto 5 Peak is probably most likely a direct competitor to the Garmin Forerunner 245 non-music — well-featured but shy of being on the either the highest or lowest end of either company’s offerings. They are both similar in size, weight, price and battery life, but Suunto carries the edge in things like build material and international satellite access, while Garmin leads in aspects like having both Bluetooth and ANT+ capabilities and access to structured workouts. 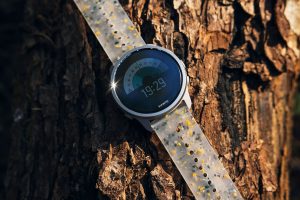 The release of the Suunto 5 Peak comes on the heels of other major news in the industry, including the announcement that Suunto’s parent company is selling the Vantaa, ‎Finland-based brand to Liesheng, a Chinese company whose focus is on the wearable electronics segment. The deal is expected to close in the first half of this year. And on Tuesday, Garmin released the latest flagship Fenix model, the 7, as well as brought back a next generation high-end Epix watch, both to significant excitement among athletes.