James Niehues became famous for his evocative hand-drawn depictions of more than 200 ski resorts across the globe, and he’s embracing a new effort to depict some of the United States’ most revered national parks and amazing landscapes. His American Landscape Project is highlighting 50 new illustrations, starting with four Western American favorites: Yosemite, Grand Canyon, Zion and Grand Teton national parks. 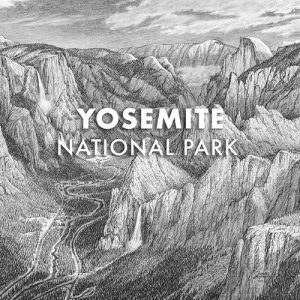 To help mark the project’s launch, Niehues plans to release 25 limited-edition art prints for each of his new Yosemite, Grand Canyon, Zion and Grand Teton park sketches. Each print will be signed and individually numbered by the artist. Unsigned prints will also be available.

To show his commitment to making the national parks and public lands enjoyable for generations to come, Niehues and his publisher, Open Road Ski Company, will donate 10 percent of the sale from each signed print to the National Parks Conservation Alliance to help support its mission of protecting and enhancing America’s national parks system. 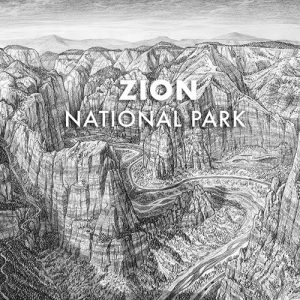 “The initial release of sketches for this ambitious project are incredible. We are honored to share them with Jim’s ever expanding fan base while also giving back to the national parks,” said Todd Bennett, co-founder of Open Road Ski Company.

Niehues’ maps have been integral to the enjoyment of skiers and snowboarders across the globe. His most recent book, The Man Behind the Maps, became the number one art-illustration Kickstarter campaign of all time and is loved by skiers and snowboarders around the world. His book was the top selling ski book of 2020 and has over 500 five-star reviews.