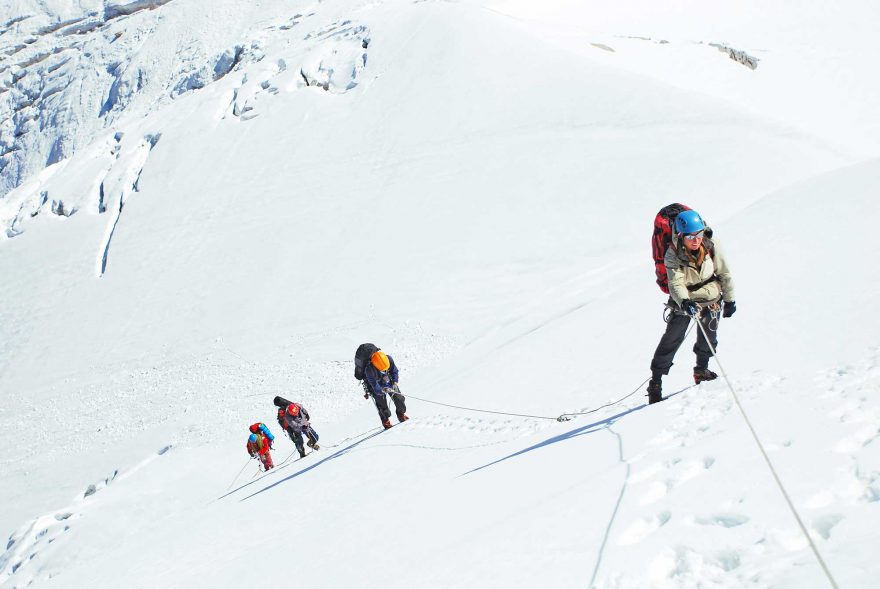 As the world’s tallest peak, Mount Everest draws more than 500 climbers each spring to attempt the summit during a small window of favorable conditions on the rugged Himalayan mountain that tops out at just over 29,000 feet.

A new study led by researchers at the University of Washington and the University of California, Davis, finds that the success rate of summiting Mount Everest has doubled in the last three decades, even though the number of climbers has greatly increased, crowding the narrow route through the dangerous “death zone” near the summit. However, the death rate for climbers has hovered unchanged at around 1 percent since 1990.

The findings were published Aug. 26 in the open-access journal PLOS ONE. They represent the most comprehensive look at success and death rates in the published literature on Everest. The paper also identifies patterns in the characteristics of mountaineers — such as age, sex and prior experience — that might influence their likelihood of summiting or dying during the spring climbing season.

“Mount Everest is still a very dangerous mountain, and climbing it will never become a walk in the park, because it’s way above the limits of what most people can do,” said lead author Raymond Huey, a UW professor emeritus of biology. “Unfortunately, reported statistics of risk on Everest are often inaccurate. By analyzing climbing data, we provide accurate information on the chances of success and on the chances of dying, thereby helping climbers make an informed decision about whether to attempt this great peak.”

These patterns also can help Nepal and China in deciding whether to institute restrictions on climbers such as maximum age or experience level, Huey added.

During 1990 to 2005, more than 2,200 first-time climbers attempted to summit Everest. During 2006 to 2019, that number increased to more than 3,600 climbers. Importantly, the researchers focused on climbers with paid permits, excluding climbers with additional tasks — such as high-altitude porters, photographers and support staff — along with climbers who attempted to summit in other seasons, or who were attempting the summit for the second time or more.

They also excluded a handful of years from the analyses when extreme events such as ice fall avalanches or earthquakes led to cancellations of the climbing season.

Comparisons between the two periods show that:

The researchers say the doubling of the summit success rate is likely due to a number of factors. Weather forecasting has dramatically improved since the “Into Thin Air” storm of 1996, Huey said, giving climbers more information on the best window to push for the summit. Some climbers are using elevated flow rates of supplemental oxygen — and doing so lower on the mountain. The most popular routes have fixed lines, meaning climbers can clip into ropes tethered to the mountain for their ascent and descent, making it safer if they fall.

Increased experience of expedition leaders and high-altitude porters may also have helped boost success rates. Interestingly, while more climbers are making it to the top in recent years, today’s climbers are actually less experienced in climbing tall peaks in Nepal than climbers who attempted Everest in the 1990s and early 2000s.

Finally, the researchers looked at the effects of crowding near the summit for the past two climbing seasons (permits were not issued in spring of 2020 because of COVID-19). Detecting possible effects of crowding is difficult with available information, they said, but their analysis didn’t show any impacts of crowding on success or death rates. However, crowding must slow climbers, increasing their exposure in the death zone, they added.

The data for these analyses came from The Himalayan Database, a comprehensive website based on archival interview records of Elizabeth Hawley. Hawley, a news correspondent for Reuters based in Kathmandu, and originally from Chicago, maintained the official record of all climbers and summit successes for Everest and hundreds of other Nepalese peaks until she died several years ago. The project continues under new leadership.