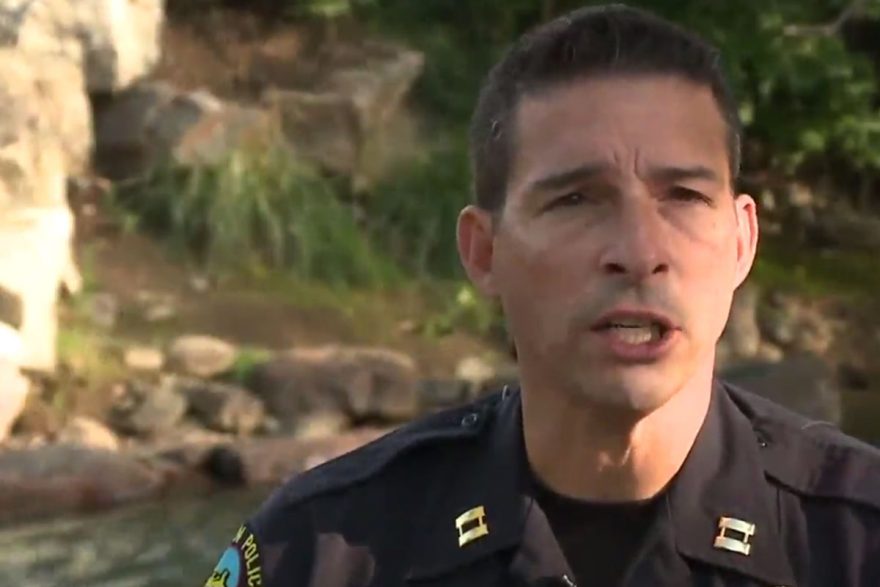 A 31-year-old woman from Colorado passed away today while trying to save her son from drowning in Clear Creek, near downtown Golden, Colorado. Police have stated that Amber Ray Presson died while attempting to rescue her son from the swift currents when she appears to have hit her head on the rocks beneath the water’s surface and drowned, but the official cause of death will be ruled by an autopsy.

Bystanders were able to extract the unconscious woman from the water just east of 6th avenue and rapidly started performing CPR on Presson before alerting the authorities. Police, paramedics, and park rangers arrived on the scene at around 1:15 pm and took over the rescue efforts. Unfortunately, they were unable to save Presson.

Investigators have theorized that Presson and her 11-year-old son went into the creek on inner tubes, entering Clear Creek on the west side of 6th Avenue. Not long afterward, the boy’s inner tube capsized, and he was thrown into the water. Police said that Presson immediately dove in after him and was able to help him momentarily, but they were then both overtaken by the strong currents.

Golden Police Captain Joe Harvey said “It appears she literally tried to rescue her kid. They were both sucked under.”

Presson reappeared under the surface further downstream and started screaming for help, but was overtaken again and sucked under the water. Police believe it was then that Presson hit her head on the underwater rocks.

The 11-year-old boy, whose name has not yet been released, emerged from the creek alive and was not hurt. He is currently being cared for by family members.

Our deepest condolences go out to Presson’s friends and family.