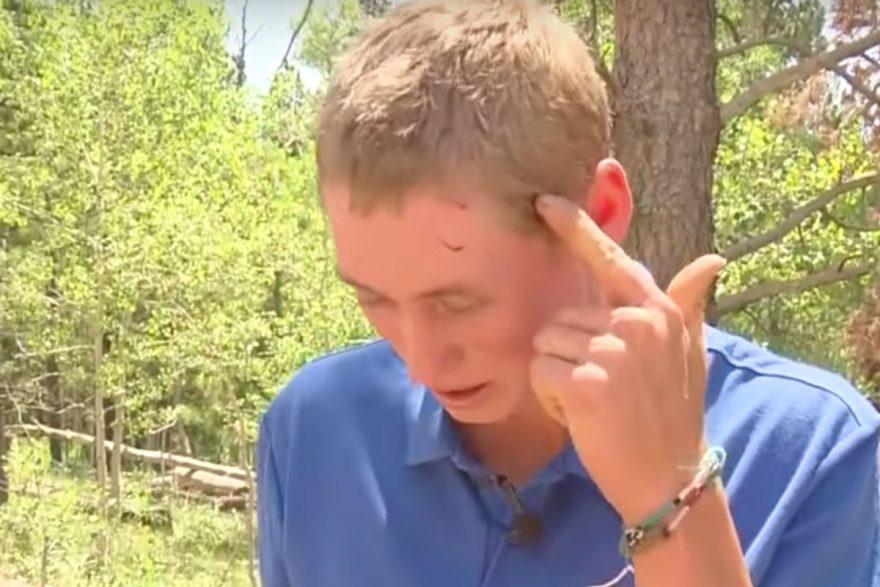 A Colorado teen, working as a counselor at Glacier View Ranch, was lucky to survive a bear attack in the early hours of last Saturday morning. The teen, known as Dylan, awoke at 4 am to a crunching sound which was the noise of the bear’s teeth on his head.

The bear tried to drag Dylan away from where he and other staff were sleeping. When he realized what was going on, Dylan reached up and started hitting the bear. Other staff members also began to attack the bear until it left.

Dylan had to be taken to the local hospital where he was given 9 staples before being released. Fortunately, he didn’t suffer any life-threatening injuries.

Officials are now looking for the bear which they consider to be dangerous and will euthanize it if it is found. They used hounds on Sunday to attempt to trace it, however, they had to call it off when it became too hot for the hounds. They have now set traps to try to catch the bear.