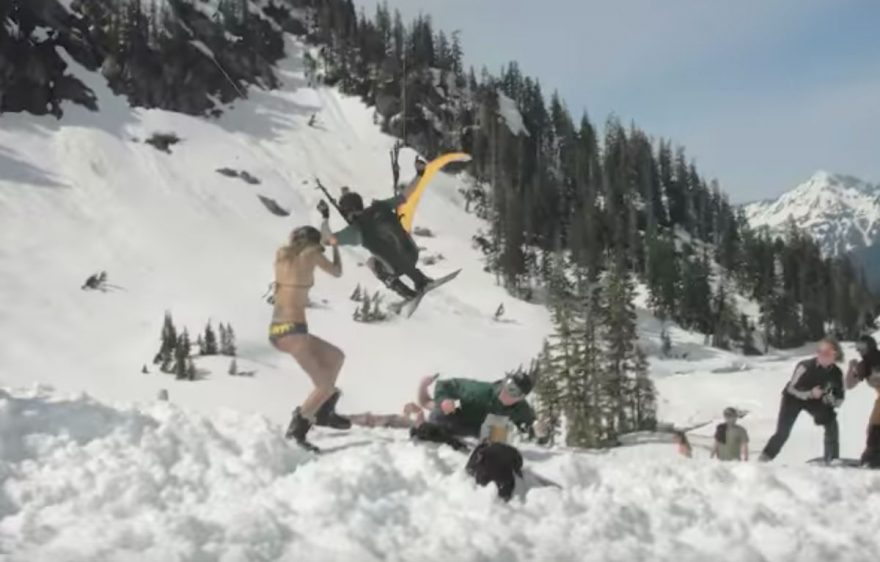 If ever there was a moment to count your blessings, this would be it. At the Mount Baker Sesh Up event in Washington, a speedrider came within inches of a bikini-clad spectator who was none the wiser until he had whizzed past her.

Fortunately, her companions noticed at the last minute and managed to avoid what would have been a horrific crash. There’s no doubt that there would have been some nasty injuries if they hadn’t managed to move out of the way in time.

In the clip (which contains some strong language), you can see that the female is focussed on the para-skier in front of her. Fortunately, her two fellow spectators were facing the opposite direction which allowed them to notice that there was someone flying towards them at an insane speed.

Undeterred, she was composed enough to carry on filming as others cheered at the frightening near miss. Cheers, presumably partly out of shock, which could have easily been tears if it wasn’t for a matter of inches.

The event, which is held each year, is an an-end-of-season party and brings together both skiers and boarders alike. It has been running for around a decade now and this footage was filmed on May 21st by Eddie Hayes, a freelance photographer.