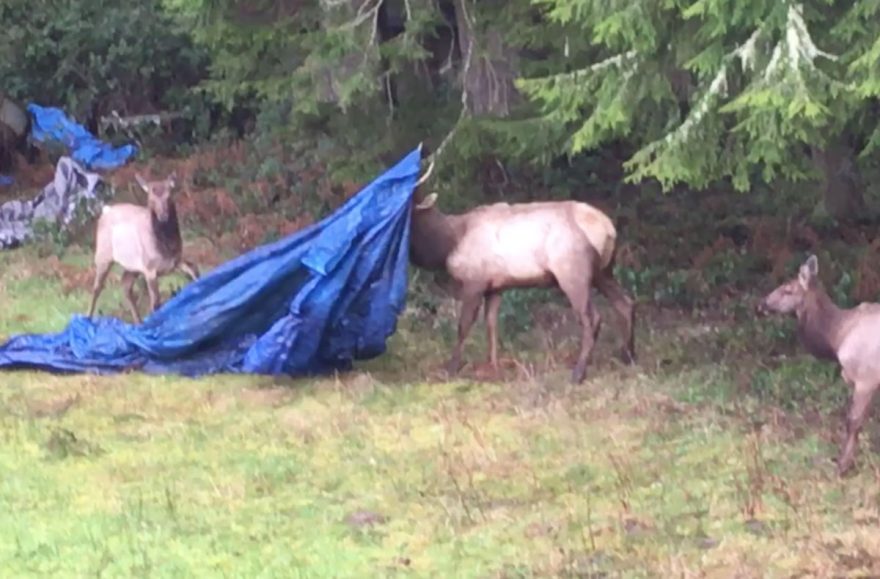 Is this how films begin? Possibly not. But this video does somewhat resemble a famous superhero movie we all love.

As the bull elk’s heroic fight with the tarp progressed, it appeared the cow elk was trying to give it a helping hand. With hooves and no fingers, the helping hand proved unsuccessful.

The video, filmed by RJ Marx, took place in Gearhart, Oregon, where elk are very a common sight.

At one point in the struggle with the tarp, it appeared that a noise startled the herd of elk. It was at this point that they took off running, with the bull elk somewhat resembling a superhero.

Fortunately, the elk did manage to free itself of the tarp later on, as Marx cleared up on Facebook, stating: “He’s OK, he managed to extricate himself just a few houses up the street. I retrieved the tarp. They were all grazing peacefully 10 minutes later up on the golf course.”