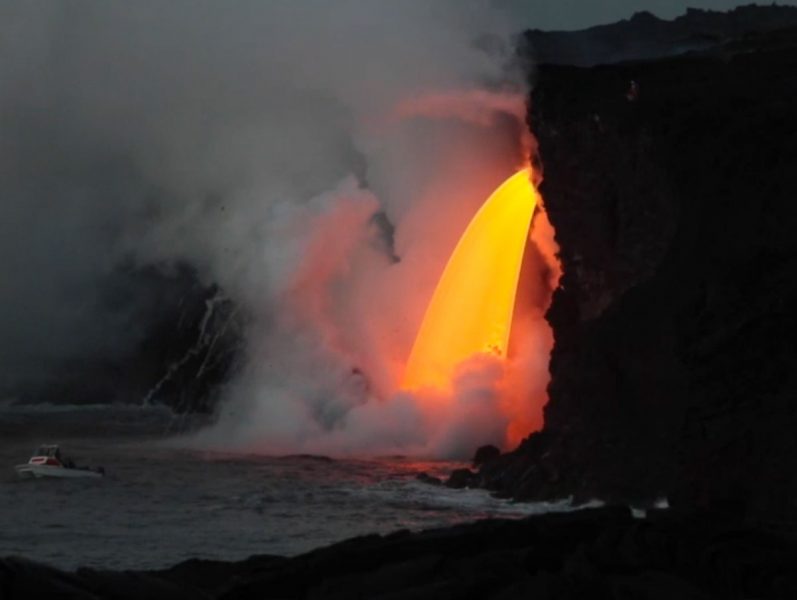 The authorities at Hawaii Volcanoes National Park are discouraging people from hiking to get a close look at the flowing lava which is pouring into the ocean. Lava flowing around this area isn’t unusual, but what is different this time is the rate in which it’s flowing, and how long it’s lasting.

Around a month ago, a large delta (which was formed by the lava) collapsed, making the area incredibly dangerous for visitors. Since then, enforcement officers at the National Park Service have cited 28 people.

As the lava hits the ocean, it can cause explosions, throwing pieces nearby and endangering anyone who chooses to venture too close. In an attempt to put people off risking their safety and lives, anyone who crosses the closed off area will face a $130 fine.

Researchers are looking at the lava closely and reckon that the area is unsafe and liable to collapse. They have stated that the eastern end of the hot crack is about 30cm wide and 428 degrees Fahrenheit.

The video shows the sheer power of the flowing lava and just how close those particular visitors got. As they got close to the edge, they made a quick U-turn, appearing to realize the danger they were putting themselves in.