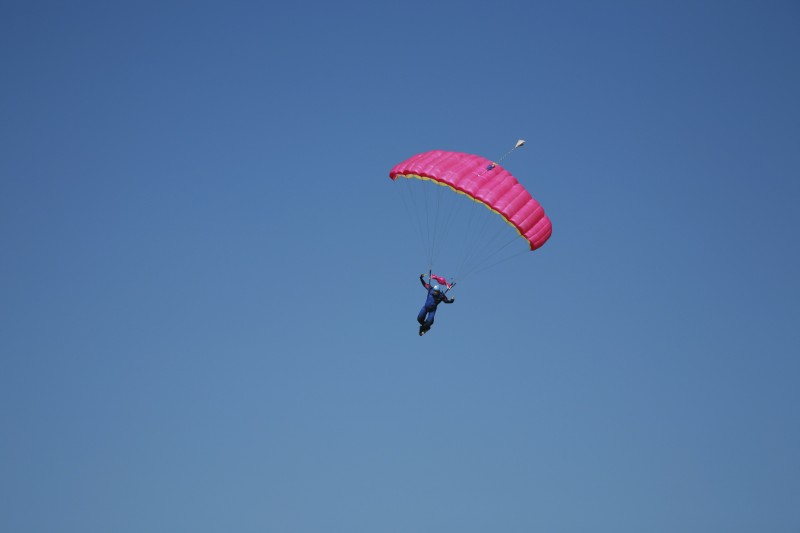 Only two years after Felix Baumgartner set the world record for high-altitude skydiving, someone else succeeded at breaking it. Alan Eustace, a computer scientist and the current senior vice president of Google, set a new record when he traveled in a helium balloon above an abandoned runway in Roswell, New Mexico and jumped at 135,905 feet (25.7 miles) on Friday.

The 57-year-old broke Baumgartner’s record of 128,100 feet, which was set in 2012. The balloon that carried Eustace had 35,000 cubic feet of helium, and it took more than two hours to reach the desired height. When he was ready to descend, he detached from the balloon with the help of a small explosive device. During his free-fall in a specially-designed space suit, he reached a speed of 822 MPH, breaking the sound barrier along the way.

His free-fall period lasted for about four-and-a-half minutes before he deployed his parachute. In total, the descent took him about 15 minutes.

“It was a wild, wild ride. I hugged on to the equipment module and tucked my legs and I held my heading.”

Eustace is a pilot and parachutist who has been interested in space travel since he was a child.

The skydive took about three years to plan and its success was a surprise to most people, as the previous record set by Baumgartner received plenty of media attention because of a partnership with Red Bull.

Jim Hayhurst, director of competition at the United States Parachute Association and the jump’s official observer, told The Independent, “This was a bunch of quiet engineers doing the job, This is a scientific endeavor. This is a stepping stone to space.”