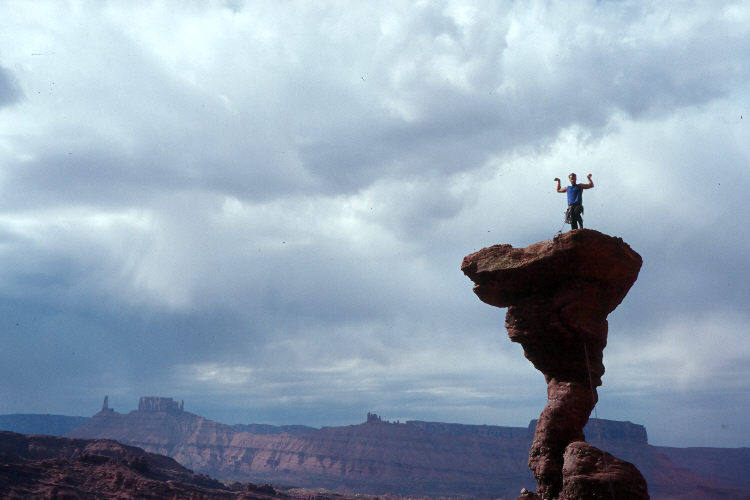 A climber stands on top of The Cobra in Moab, Utah.

At the end of last week, a popular climbing spot in Utah that was delicate in its structure finally toppled, and most assume harsh weather is to blame. The Cobra was part of the Fisher Towers formation, located about 20 miles northeast of Moab.

As is assumed, the formation was similar in shape to a cobra and stood between 30 and 50 feet high. According to locals, it’s a common April Fools joke to tell climbers the structure had collapsed, given its awkward shape. Because of this tradition, most people didn’t believe it actually fell.

Castle Valley resident and climber Joe Auer traveled to the remains of the Cobra last Friday to see for himself. “Somebody said it had fallen over, and I thought they were just joking around,” Auer told The Salt Lake Tribune. “Lo and behold, it was done.”