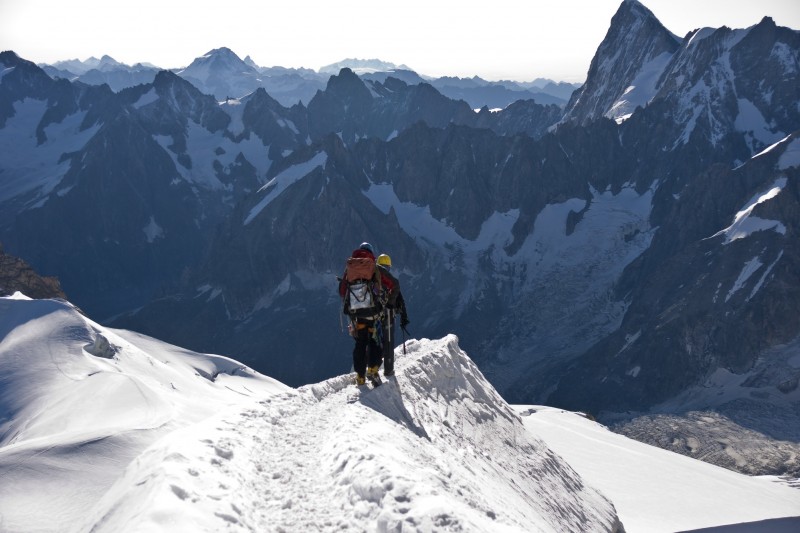 Mountaineers on Mont Blanc, which spans over Aosta Valley, Italy and Haute-Savoie, France.

When most mountaineers make the decision to call for a helicopter rescue, it’s because they’ve been seriously injured or weather conditions have become too severe. For one mountaineer this week, he was forced to call for help when he woke up to discover someone had stolen his boots.

The incident occurred during his ascent of Mont Blanc, which spans over Aosta Valley, Italy and Haute-Savoie, France. According to police, the climber was airlifted to safety—even though he was only a few hundred meters away from the 15,781-foot summit, which is the highest in Western Europe. At the time of the theft, he was sleeping at the Gouter Refuge, which sits at about 13,000 feet.

A rescue helicopter was sent and delivered the climber to Chamonix. “When we find people in that situation, we extract them by helicopter,” said Mountain Rescue Chief Jean-Baptiste Estachy, according to The Local. “We don’t leave them in their socks. It’s pretty dangerous.”