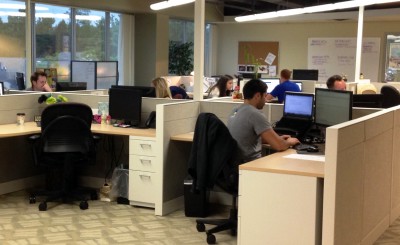 The new study links sitting for extended periods of time to a higher risk for cancer.

If you need another reason to get out and get active the summer, a new study released this week by the Journal of the National Cancer Institute found a high risk for certain cancers linked to extended periods of sitting.

It’s not a new fact that movement is essential in good health, with a slew of previous studies linking health problems such as obesity, heart disease, and diabetes to being sedentary. But the newest findings zero in specifically on colon and endometrial cancers. While sitting did not affect some cancer strains, it seems that with these two types, long periods of sitting are particularly significant. Those who spend most of their day at a desk or in a car showed a 24 percent increase in risk for colon cancer, and a 32 percent increase in risk for endometrial or uterine cancer.

To give you even more motivation to get out of that chair, the study also found that sitting while watching television increased risk even more, with the numbers jumping to 54 percent for colon cancer and 66 percent for endometrial cancer.

“High blood sugar and high insulin is a clear sort of pathway to colon cancer, and we know from intervention studies that walking lowers insulin and getting up after meals lowers blood sugar compared to sitting,” said Dr. Graham Colditz.

Author Daniela Schmid elaborated further by saying, “Cutting down on TV viewing and sedentary time is just as important as becoming more active. For those whose jobs require them to sit at a desk for most of the day, we recommend breaking up the time spent sitting by incorporating short bouts of light physical activity into the daily routine.”