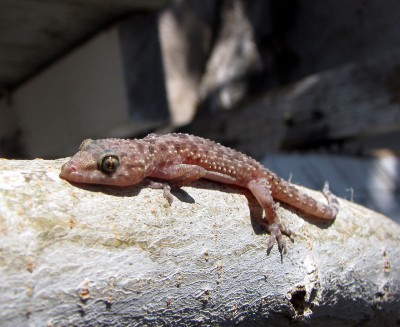 DARPA looked to the gecko for inspiration in creating the adhesive paddles.

The Defense Advanced Research Projects Agency (DARPA) looked to the gecko for inspiration in creating a pair of paddles that could allow American troops to scale walls in urban environments.

The paddles would allow a 218-pound man carrying a 50-pound load to climb a 25-foot vertical glass wall without ropes or hooks, according to The Washington Post. The paddles were created within DARPA’s Z-Man program, which uses nature to come up with new ways for troops to move around in urban settings during combat.

The paddles are made with a technology called “Geckskin,” which is an adhesive modeled after the adhesive apparent in geckos.

“The gecko is one of the champion climbers in the Animal Kingdom, so it was natural for DARPA to look to it for inspiration in overcoming some of the maneuver challenges that U.S. forces face in urban environments,” Matt Goodman, the DARPA program manager for Z-Man, said in a news release. “Like many of the capabilities that the Department of Defense pursues, we saw with vertical climbing that nature had long since evolved the means to efficiently achieve it. The challenge to our performer team was to understand the biology and physics in play when geckos climb and then reverse-engineer those dynamics into an artificial system for use by humans.”

The first successful test climb was done in 2012 and more are being conducted now. For additional information, visit the Z-Man page on the DARPA website.

Image from ZooFari on Wikimedia Commons