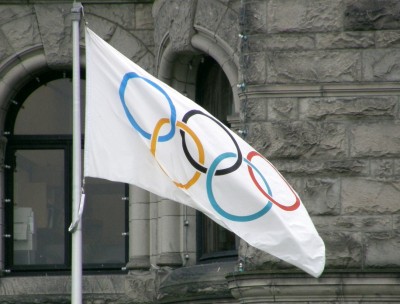 A new study from Grand Valley State University shows that countries with a higher level of women’s empowerment send more athletes to and take more medals home from the Summer Olympic Games. This was true for both male and female athletes but was more evident in female athletes.

The study was published in the Journal of Sports Economics last month and was led by Aaron Lowen, an associate professor of economics at the university. The researchers studied more than 130 countries that competed in the Summer Olympic Games from 1996-2012. It was determined that more populated, wealthier nations were more successful, as a number of previous studies have also shown.

The other big determinant of success was the Gender Inequality Index, which includes information about women’s reproductive health, political empowerment, and participation in the labor force. The GII ranges from zero to 100, with zero being no inequality between genders and 100 being extreme inequality between genders. “The authors found that a 10-point decrease in GII was associated with winning about one extra medal for men and 1.5 medals for women. They found similar results when looking at participation and other measures of success, such as medals won per athlete,” an abstract of the study states.

“Many studies have shown that women’s empowerment is linked with economic development and better outcomes for children, but there’s been little research on whether it leads to female sports success,” Lowen said in the abstract. “We read claim after claim that it does, so we decided it was worth finding out if it’s true. Fortunately, the results turned out to be clear cut. No matter how we conducted the analyses or what measures of success we used, women’s empowerment predicted Olympic success.”

What proved most surprising for the researchers was not that higher gender equality boded well for female athletes’ success, but that it was also true for male athletes. Even when population and wealth were taken into account, this was true. “The benefit to male athletes was a surprise, and we don’t really understand why this occurs,” Lowen said. “One idea is that societies that bring women into the workforce generate wealth in ways that are not captured with traditional wealth measures, such as gross domestic product. These societies may afford both men and women greater opportunities for recreational and personal pursuits, including elite athletic training and competition.”

The study’s authors were Aaron Lowen, Robert Deaner, and Erika Schmitt from Grand Valley State University in Allendale, Michigan. For questions regarding the study, contact Lowen at [email protected]

Image from Makaristos 142 on Wikimedia Commons