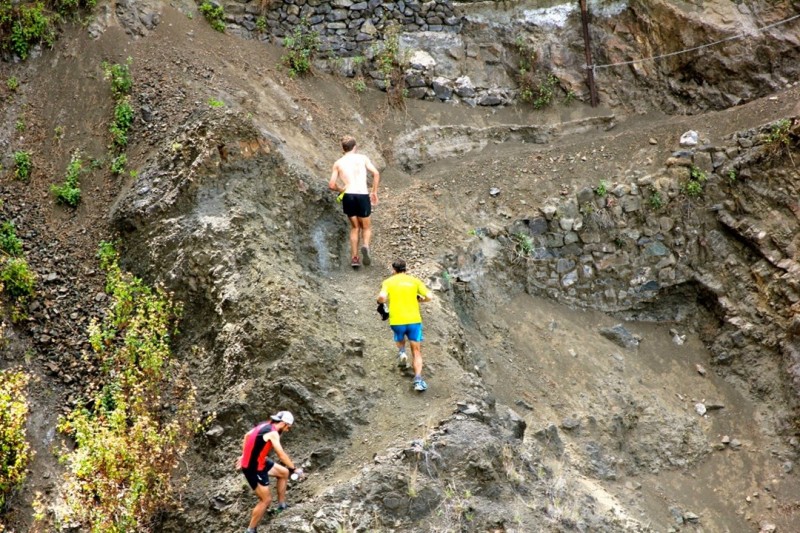 Ultrarunning icon and Julbo athlete Ian Sharman looks to advance the sport of skyrunning with introduction of new U.S.-based series.

Julbo USA is proud to be a key sponsor of the U.S. Skyrunner Series, a brand new running series in the U.S. that officially kicks off on May 16 with the Cruel Jewel 56-km race in Georgia. Julbo’s sponsorship of these U.S. ultra races will support all participants – including members of Julbo’s own endurance running team – in one of the hardest running feats in the world.

Marino Giacometti pioneered these high altitude mountain-running races on the Mont Blanc and Monte Rosa in the 1990s, which prompted the concept of skyrunning. Today, there have been more than 200 races worldwide with 30,000 runners from 54 countries. To help further the sport, Julbo athlete and top ultrarunner Ian Sharman was chosen to direct the inaugural season of the U.S. Skyrunner Series.

When asked why he got involved in the Skyrunning series, Sharman said that he is trying to spread the mountain running culture to the U.S. that is embodied in the International Skyrunning Federation.

“At races like the Ultra Trail du Mont Blanc, there is an almost Tour-de-France-like atmosphere,” Sharman explained. “It’s all about getting to the top of mountains as fast as you can, finding the truest lines to the top. The U.S. Skyrunner Series looks to bring that passion and enthusiasm stateside to help continue the growth of the sport.”

“Here at Julbo, mountains are in our blood,” said Nick Yardley, CEO of Julbo USA. “There is nothing we respect more than fast efficient movement over difficult terrain. In Europe, there is a long tradition of mountain running and we are very excited to see the Skyrunner Series bring that energy to the USA.”

The 56-mile Cruel Jewel is the first Ultra race in the Skyrunner Series, and will commence this Friday, May 16 in Georgia.

For additional information and a complete list of races, please visit: http://www.usskyrunning.com.

For more information about Julbo USA, its athletes and the U.S. Skyrunner Series, follow Julbo USA’s blog at http://www.julbousa.com/news.