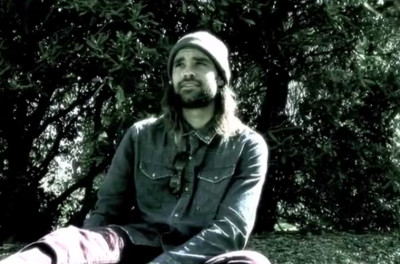 In March, Surfing Life published a story by Nathan Myers about professional surfer Otis Carey. In the third paragraph of the feature, Myers describes his initial understanding of the athlete, based solely on appearance. “With his apeish face and cowering hair-curtains, I expect little more than Cro-Magnon grunts from his mouth. I am caught off guard by the clarity and eloquence of his speech,” the article titled “Poetry Night With Mermaid Killer” read. Carey, an Australian Aboriginal, is now suing both Myers and the magazine as a whole in a defamation of character lawsuit for $200,000.

After Myers heard the news, he wrote an open letter to Carey in an attempt to further explain the situation, apologize, and ask him to halt the lawsuit. “Dear Otis: Before I say anything, I will once again say I am sorry. I had no idea what a poorly chosen word that was. I think you’re a fine human. And I also think you’re making a mistake. When the magazine and myself realized how the word was being misconstrued (ugh!), we all rushed to apologize for the unintended offense. But you wouldn’t talk to us. Instead, you let tabloids do the talking. And now your lawyers.”

He went on to say that if Carey took the matter to court, it would likely force the magazine to its death after a 30-year run. Myers asked if Carey wanted to be known as the surfer who killed the magazine, and said “the word was a mistake of zero malicious intent.” In addition to the letter, an official apology was published by the magazine. In the apology, it was mentioned that the publication’s own editor, Wade Davis has both African and Indigenous heritage and is “exceptionally sensitive to the challenges and issues racism presents in our community.”

“Davis is devastated that a thoughtless misread could have allowed an insensitive and damaging term to have slipped through to publication,” the apology continued. Carey has yet to respond to the letter from Myers or the official apology from Surfing Life. Carey’s father did respond to an inquiry from The Daily Telegraph and said, “At this stage we don’t want to talk about it, our concern is Otis’s well-being. We just have to support him.”

Image is screenshot of video by YEEWTV on YouTube