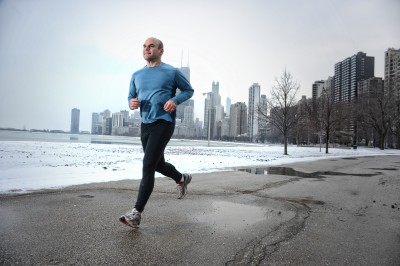 A new study completed by researchers from the Sports Medicine Research Laboratory in Luxembourg that was published in the British Journal of Sports Medicine determined runners are all at the same risk of injury regardless of the kind of cushioning in their shoes.

Initially, the researchers hypothesized that runners who wore shoes with a hard midsole were at a higher risk of sustaining a running-related injury than those who wore softer, cushioned running shoes. In the study, 247 runners participated. Some wore cushioned shoes and the others wore a midsole that was 15 percent stiffer in the heel, but both versions were from “a renowned sports equipment manufacturer.” The runners were monitored over a five-month period and any running-related injuries (RRI) were tracked.

The two groups were similar as far as their running characteristics, except for several details. Those in the hard midsole category had been running for more years, but only slightly.

According to the study’s abstract, a RRI was described as first-time pain sustained during or because of running, which affected normal running for at least one full day. RRIs were monitored using athletes’ regressions.