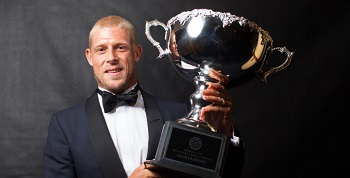 The world’s best surfers traded sunlight for the spotlight as they hit the black carpet for the 2014 ASP World Surfing Awards – the night that celebrates the achievements of the 2013 ASP season, and officially opens the 2014 Samsung Galaxy ASP World Championship Tour.

Accolades and awards are handed out to those that have contributed to the sport, including the Heat of the Year, Breakthrough Performers and of course the ASP World Champions.

“You thought you saw a good show last year but I can’t wait to see what the girls do in 2014” said ASP World Champion, Carissa Moore.

Mick Fanning and Carissa Moore, will begin the campaign to defend their titles at the Quiksilver and Roxy Pro starting on March 1, the opening event of the 2014 Samsung Galaxy ASP World Championship Tour.