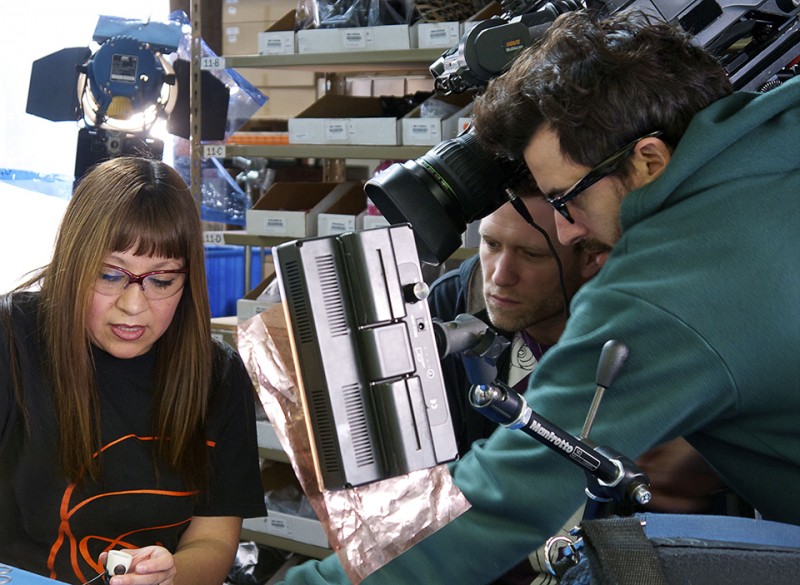 Light & Motion, the innovation leader for state-of-the-art lighting systems, announced that the Discovery Channel has selected the company and its fully integrated factory to be featured on its acclaimed How It’s Made program. The crew is currently filming at Light & Motion’s new California factory in Marina, CA, where they are documenting the manufacturing and assembly of the LED-based Seca and Vis360 bike lights, the Bluefin G-30 underwater camera housing, and the company’s flagship dive light, the Sola 1200. The three Light & Motion segments are scheduled to air during three separate How It’s Made episodes in late 2014.

How It’s Made takes viewers behind the scenes in factories around the world to show how the raw materials are transformed into finished products. The show airs in 130 countries and is broadcast in more than 30 different languages around the world.

Light & Motion was invited to participate in the show after How It’s Made saw a Seca bike light and learned that the powerful LED light was a product developed by the company in their California factory.

“Our teams are very proud of the products they build, and now we can show the world how we do flow manufacturing,” said Daniel Emerson, CEO of Light & Motion. “We are honored to be recognized by the Discovery Channel for our innovative, U.S.-based manufacturing.”

Light & Motion has been designing and building lighting systems in the Monterey area since 1990. Currently, the company is the only major bike light brand with design, engineering, production, and assembly all done in-house.

Domestic manufacturing creates a smaller environmental footprint and provides a number of pragmatic advantages. The vertical integration reduces the product development time by more than 50 percent. Light & Motion can rapidly prototype design concepts within a few days on its own equipment, where it would take six weeks or more working with a factory overseas.

In January 2014, Light & Motion moved to a new 28,000 square foot facility. The new headquarters, just 10 miles from its former facility, almost doubles the company’s local footprint, enabling it to meet its growing business needs, from development and production to fulfillment. The move also demonstrates Light & Motion’s commitment to expanding its local manufacturing and design.

“Manufacturing in the USA is integral to our core company values and mission,” said Emerson. “Building the product ourselves, in an integrated environment where the engineering, customer service, sales, and manufacturing staff work in sight of each other, provides product integrity, a key principle for Light & Motion. We don’t believe we can effectively live this vision if we let someone else build our product.