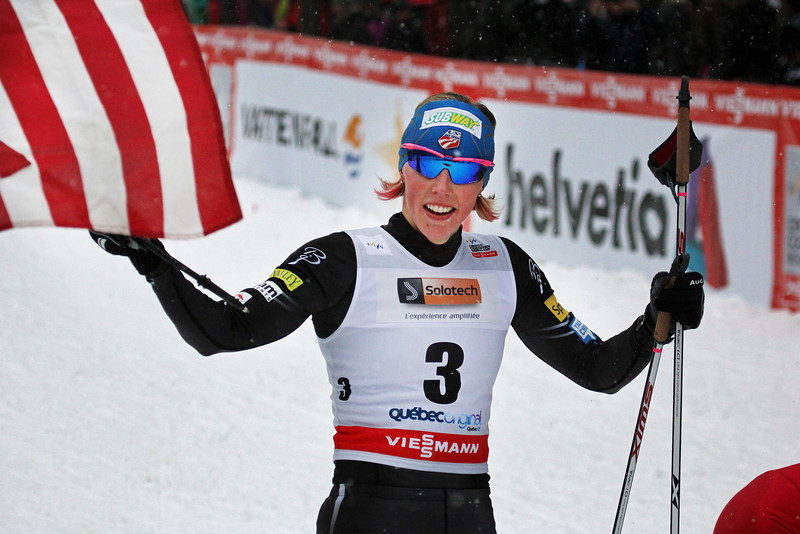 They’re pumped up for skiing over the hills and through the woods.

The U.S. Cross Country Ski Team is gaining steam for the upcoming season with the return of a couple of world champions.

The team of 11 skiers was named October 21 and includes world champion Kikkan Randall of Anchorage, Alaska and Jessie Diggins of Afton, Minnesota.

“The U.S. Cross Country Ski Team has never seen so much momentum,” said Randall, the World Cup sprint champion. “This has been an incredibly productive summer of training, the whole team is looking fit and healthy, and we can’t wait to kick off the 2014 season in a few weeks.”

The announcement came following a two-week training camp at the USSA (United States Ski and Snowboard Association) Center of Excellence in Park City, Utah where athletes used a newly repaved roller ski track on the trails used in the 2002 Olympics at nearby Soldier Hollow. In the summer, athletes also trained in the snows of New Zealand.

“The confidence and success of this team has been building over the past few seasons,” said Randall. “We’ve reached a new level of team cohesion and together with the incredible support of our team at the USSA. We feel prepared and excited for the opportunities ahead.”

Members of the recently-named U.S. Cross Country Ski Team have Sochi on their minds.

The season opens in Kuusamo, Finland on November 29. With all eyes on Sochi, the 2014 Olympic Team will be chosen primarily from this season’s World Cup events and announced in late January.

Head coach Chris Glover said this squad will be the strongest team that the country has fielded in 30-plus years. He said this team is redefining the limits of success in US cross-country skiing.

“Although the team will be focused on peak performances in Sochi, we expect to be fighting for podiums each and every weekend throughout the World Cup season,” said Glover.

Diggins and Randall aren’t the only athletes returning to the team. Vermonters Andy Newell, a veteran sprinter fifth in the World Cup sprints last year, and Liz Stephen, who registered a top five in last year’s World Championships, are back.

Promoted to the A team are a couple of skiers with solid World Cup results last season—Holly Brooks of Anchorage and Ida Sargent of Orleans, Vermont.

On the B team this season are sister and brother Sadie and Erik Bjornsen, Sophie Caldwell, Simi Hamilton, and Noah Hoffman.

“This past ski season has been a breakthrough for me,” said Erik Bjornsen who like his older sister attends Alaska Pacific University. “I have been skiing on the domestic circuit for the past five or six years now, and, for the first time, I go to the start line knowing that if I put together a good race I can win it.

The U.S. Cross Country Ski Team will send another squad to the Tour de Ski stage race, December 8 to January 5 at sites across Germany, Switzerland and Italy.