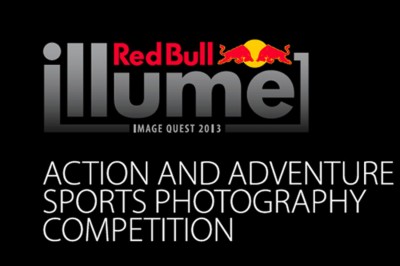 Red Bull Illume, the world’s largest international photography competition dedicated to action and adventure sports, is making its first exhibition tour stop after the official awards and unveiling ceremony in Hong Kong, in Scottsdale, Ariz., from November 14 through 24. The competition aims to showcase the most exciting and creative action sports photography on the planet as art to the wider public audience. The 2013 Red Bull Illume Image Quest is the third edition of the competition after 2007 and 2010. A total of 28,257 photos were submitted in 2013 by 6,417 photographers from 124 countries around the globe. The top 50 images will be touring the world as part of a unique illuminated nighttime exhibition.

“The quality of the images in the Top 50 was amazing, so for me it is a great honor to be voted number one. It’s so unreal,” said Holder.

The top 50 images initially unveiled in Hong Kong, will travel to Scottsdale as the first stop of the Red Bull Illume worldwide exhibition tour, from November 14 through 24. The photo exhibit will be on display nightly in life-sized lightboxes along the Scottsdale Waterfront and is free to the public.

On November 14, an opening gala will be held for invited guests celebrating the tour’s first North American installation. The lightboxes will be covered until the sun sets, and upon darkness, the covers will be removed to reveal stunning illumuniated works of art. The same night, a celebration will ensue at the W Scottsdale, a local event partner, for the Red Bull Illume Official Kickoff Party. The party will be open to the public starting at 9 p.m., and feature a musical line-up including special guest DJs. Patrons must be 21+.

After visiting Scottsdale, the Red Bull Illume Exhibition Tour will continue to travel around the world’s capitals and cultural hubs for the next two years. For additional details, please visit www.redbullillume.com.