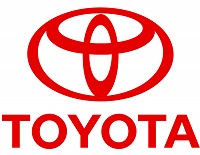 Often hailed as the best all-around snowboarder in the world, Travis Rice continues to up his game within the action sports community and beyond. Rice is the newest member of Team Toyota, an exceptional group of athletes selected and supported by Toyota Motor Sales, USA, Inc. Rice joins the ranks of Toyota-sponsored athletes Bob Burnquist, Simon Dumont, Elena Hight, Louie Vito and more.

Recently crowned ‘Best Male in Action Sports’ by ESPN, Rice has won two X-Games golds, several US Opens and the infamous Air and Style in Europe to name a few. Rice is credited for his innovative film projects, including That’s It, That’s All and The Art of Flight. He also created the groundbreaking back-country snowboard contest ‘The Red Bull Supernatural.’

“I’m floored to join Team Toyota and collaborate on some upcoming projects. Toyota is such a rock solid organization with a seriously dependable product that is going to be an asset for my whole team,” said Rice.

Rice currently appears in the “Keep It Wild” marketing campaign for the 2014 Toyota 4Runner. The campaign centers on a series of videos featuring Rice, along with motorsports veteran Andy Bell and whitewater kayaker Rush Sturges, exploring the open space of his native Jackson Hole, Wy. Videos can be viewed on the Toyota USA YouTube channel beginning October 9, Rice’s birthday.

“Travis’ background and experience brings a new perspective to Team Toyota,” said Ed Laukes, vice president, marketing communications and motorsports for Toyota. “He’s such a dynamic and versatile athlete–not to mention a long-time Toyota owner–making him a great addition to our team.”

Rice is currently working with DC Shoes to create a snowboarding-themed Tacoma for the DC x Toyota Let’s Go Places Build Off contest. The truck will be displayed at the SEMA show in Las Vegas on November 5. To learn more, visit http://blog.dcshoes.com/us/en/snow/news/dc-x-toyota-let-s-go-places-build-off-08222013.