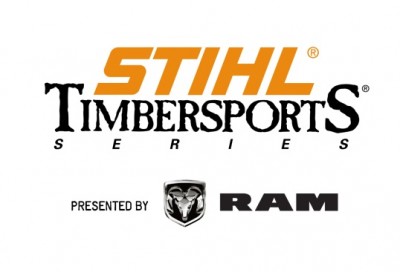 STIHL Inc., creator and producer of the world’s premier lumberjack competition, the STIHL TIMBERSPORTS Series presented by Ram Trucks, announced today the six U.S. lumberjack athletes that will make up Team USA in the 2013 STIHL TIMBERSPORTS Series World Championship. The World Championships will be held in Stuttgart, Germany Oct. 25-26, where the biggest names in lumberjack sports from 24 nations will meet in the city of STIHL’s international headquarters. More than 10,000 spectators are expected to attend the ninth annual two-day international event. The entire competition will stream live on STIHLTIMBERSPORTS.COM .

Team USA will be led by the 2013 U.S. Champion, Matt Cogar of Diana, W.Va. In June, Cogar, 26, chopped and sawed his way to his first STIHL TIMBERSPORTS Series U.S. Championship title as the youngest champion the Series has seen since its inception in 1985. In addition to his U.S. Champion title, Cogar also went home with a new Ram 1500 truck.

“I feel very humbled to have the opportunity to represent the U.S. this year in the STIHL TIMBERSPORTS Series World Championship,” said Cogar. “The close-knit STIHL TIMBERSPORTS community has been a great source of encouragement, and I look forward to competing against the best lumberjacks in the world. The competition will be tough, but I’m looking forward to the competition and, hopefully, taking home the gold for Team USA.”

Before the competition kicks off, Team USA will spend the day at the largest military hospital outside of the continental U.S., the USO Warrior Center at Landstuhl Regional Medical Center in Landstuhl, Germany. The pro lumberjack athletes will show support for our soldiers abroad by sharing stories, signing autographs, delivering STIHL TIMBERSPORTS Series shirts and hat and performing a competition demonstration.

On Friday, Oct. 25, more than 100 lumberjack athletes will compete in the STIHL TIMBERSPORTS Series World Championship relay competition to determine the best lumberjack team in the world. In the relay competition, four representatives from participating countries face off in a four-discipline race featuring the single buck, standing block chop, stock saw and underhand chop. The 2013 U.S. World Championship relay team includes Arden Cogar Jr. (cousin of Matt Cogar) from West Hamlin, W.Va., Paul Cogar (father of Matt Cogar) from Diana, W.Va., Dave Jewett from Pittsford, NY, and David Moses of Snoqualmie, Wash. This year’s Collegiate Champion, Ben Hansen from the University of Wisconsin-Stevens Point, will also travel to Germany to represent the U.S. in the relay competition as a part of the international rookie relay team.

Following the relay, the individual competition featuring U.S. competitor Matt Cogar will take place Saturday, Oct. 26, where the top lumberjack athletes in the world will face off in six disciplines: the hot saw, single buck, springboard chop, standing block chop, stock saw and underhand chop. The top-performing athlete will be crowned the world champion.  In 2012, the U.S. representative, Arden Cogar Jr., placed fourth in the world, and the U.S. relay team made it to the podium and took the silver medal.

Established in 1985 by STIHL, the number-one selling brand of gasoline-powered handheld outdoor power equipment in America*, the STIHL TIMBERSPORTS Series, billed as the Original Extreme Sport, attracts the world’s top lumberjack athletes in a competition based on historic logging techniques. The Series is seen by millions of viewers annually in more than 62 countries on networks such as Eurosport, Outdoor Channel and ESPNU.