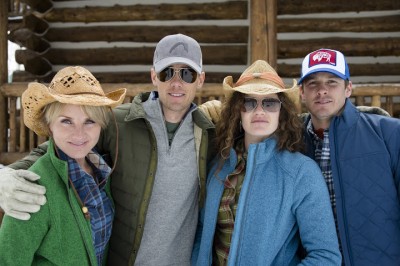 Mountain Khaki's survey shows that 69% of men and women think flannel is a wardrobe staple.

Flannel shirts are everywhere this fall, from Pearl Street in Boulder to Broadway in New York City, and according to a new survey by apparel brand Mountain Khakis, there’s good reason. Of the nearly 400 men and women who participated in the Mountain Khakis “Mad for Plaid” survey, 69 percent said that the flannel shirt has evolved to become a wardrobe staple. For men, almost one-third of respondents said they wear flannel on dates and nearly as many said they wear flannel to work. For women, their favorite way to wear flannel is perfectly fitted as a shirt.

“If you’ve thought that a flannel shirt was too casual for the office or your favorite restaurant, think again,” said Jen Taylor Muhr, creative director for Mountain Khakis. “Today’s flannel shirts offer a blend of fabrics often with a touch of stretch to provide a more polished look. There’s also more emphasis on different flannel patterns, weights and color combinations so you can really channel your personal sense of style.”

Women also said that guys in flannel are sexy. “Flannel looks like hard work and toughness; someone who’s not afraid to sweat and get a little dirty, and that’s sexy,” commented one female respondent. “A little outdoors, a little mountains and a little vintage finesse,” said another.

“From a product design standpoint, we were thrilled to confirm that both guys and gals preferred to wear their flannel shirts buttoned up,” said Taylor Muhr. “Gone are the days of flannel shirts as layering afterthoughts. They are now stylish favorites of both sexes.”

According to Taylor Muhr, one of Mountain Khakis’ most popular shirts is the Peaks Flannel for men and women with its blend of wool, polyester and Lycra designed for a more fitted, polished look. Since it was introduced in 2012, it has rapidly become a favorite of weekend warriors and office dwellers alike.

Men who are passionate about their favorite flannel are apparently prepared to share it. More than 90 percent of men surveyed said they find it very sexy when their significant other borrows their flannel in the style of oversized boyfriend wear. The problem? They never get it back.