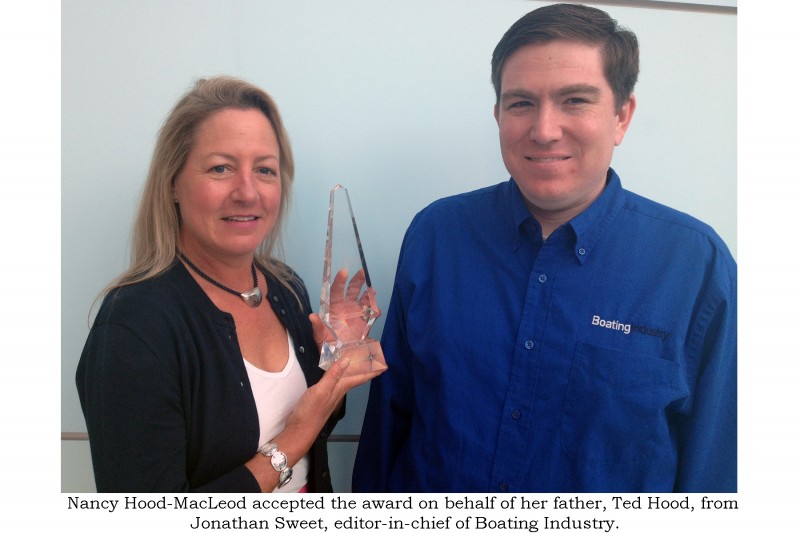 The National Marine Representatives Association (NMRA) presented the Mel Barr Award posthumously to Ted Hood, internationally heralded yachtsman, sail maker, yacht designer and builder. The award recognizes an individual who has contributed to the improvement of the industry and is named in the memory of marine rep Mel Barr, one of the founders of NMRA and its first president. Jonathan Sweet, editor-in-chief of Boating Industry magazine, and NMRA president Ken Smaga made the presentation.

Hood founded his first business, Hood Sailmakers, in 1955 and was the first sail maker to weave his own sailcloth. By the 1970s, his company had grown into a worldwide organization, even creating the sails for the America’s Cup winners from 1958 to 1977.

In addition to being a member of many yacht clubs and winning numerous sailing races, Hood was named Yachtsman of the Year in 1974 and was elected to the America’s Cup Hall of Fame and the National Sailing Hall of Fame.

“All who knew Ted were inspired by his innovative mind, entrepreneurial spirit and creative passion,” said Sweet during the presentation.