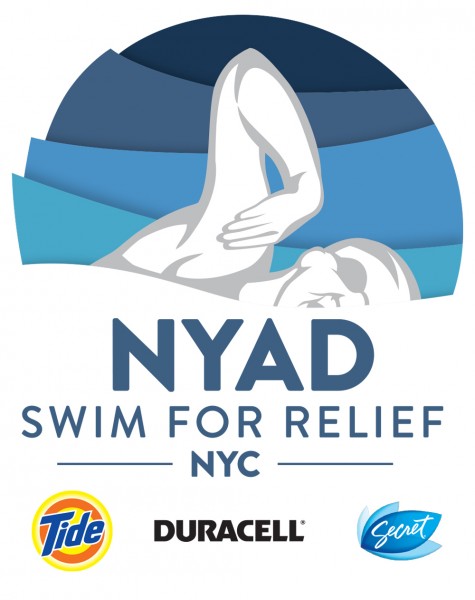 Fresh off her record-breaking swim from Cuba to Florida, long-distance swim legend Diana Nyad today announced a 48-hour continuous “Swim for Relief” to take place in New York City’s Herald Square on Oct. 8 – 10, 2013 in support of Hurricane Sandy recovery efforts. The swim will raise funds for AmeriCares, a nonprofit global health and disaster relief organization that delivers medicines, medical supplies and aid to people in need around the world and across the United States. P&G brands such as Duracell, Tide and Secret are underwriting all production costs for the Nyad Swim for Relief, maximizing the funds donated that directly support AmeriCares Sandy-related recovery activities.

“As we near the one year anniversary of Hurricane Sandy, it’s crucial that we recognize the importance of disaster relief – not just in the days following an event, but in the months and years that follow,” said Diana Nyad. “The ’Nyad Swim for Relief’ allows me to demonstrate strength and endurance in a statement of solidarity with those who have suffered in communities I care about.”

A 120-foot long, two lane pool will be installed in Herald Square for the event, allowing New Yorkers to witness Diana’s endurance firsthand and cheer her on as she raises funds for those in need. Celebrities, community leaders, local organizations and everyday New Yorkers are invited to swim alongside Diana. Those in and outside of New York can also participate by directly donating funds, or starting their own fundraising efforts, at www.NyadSwimforRelief.com, in addition to offering words of encouragement through social media by using the #SwimForRelief hash tag. Submitted tweets and posts will be featured onsite at the event and shared with Diana as she swims toward her goal.

Hurricane Sandy caused approximately $70 billion in damage across the Eastern seaboard, destroying 12,500 homes in New Jersey alone. To-date, in Ocean County, NJ, more than 25,000 residents are still displaced from their homes and in New York FEMA has again extended its deadline for Transitional Sheltering Assistance – demonstrating the continued need for these recovery efforts.

“By supporting Diana, we can improve the lives of Sandy victims and help restore a sense of normalcy to lives disrupted by disasters,” said Melanie Healey, P&G North America Group President. “Procter & Gamble has a long history of responding to natural disasters through the power of our brands and our people. The Nyad Swim for Relief is a continuation of that commitment.”

In the days following Hurricane Sandy, P&G’s corporate disaster response included the distribution of 23,000 personal care kits,176 tons of pet food and 10 truckloads of essential products to areas affected by the storm. Duracell also shared 125,000 batteries, recharged more than 1,000 cell phones and helped 10,000 families, while the Tide Loads of Hope team washed, dried and folded nearly 2,900 loads of laundry and donated 10,000 bottles of Tide to areas throughout the Northeast.

In addition to sponsoring sections of the Nyad Swim for Relief 48-hour schedule, P&G brands such as Duracell, Tide and Secret will also have a presence at the event that includes:

AmeriCares has more than 30 years of experience responding to major disasters across the globe, including Hurricane Katrina, the 2010 Haiti earthquake and the 2011 Japan earthquake and tsunami. In the months following Hurricane Sandy, AmeriCares distributed more than $6.4 million in aid to help survivors, including $3.5 million for medicines and relief supplies and $2.9 million in grants to community organizations providing services such as storm clean-up and mental health counseling. AmeriCares has been a P&G partner since 1987.

“The struggle to recover from Hurricane Sandy is a daily reality for thousands of families and many communities in the New York region. As many as 25,000 people in the hardest-hit areas of New Jersey are still displaced from their homes,” said AmeriCares President and CEO Curt Welling. “By using her unique platform to bring awareness to the ongoing need, Diana Nyad is performing another amazing feat to add to her already superhuman accomplishments.”

To donate to AmeriCares and learn more about the Nyad Swim for Relief, visit www.NyadSwimforRelief.com.