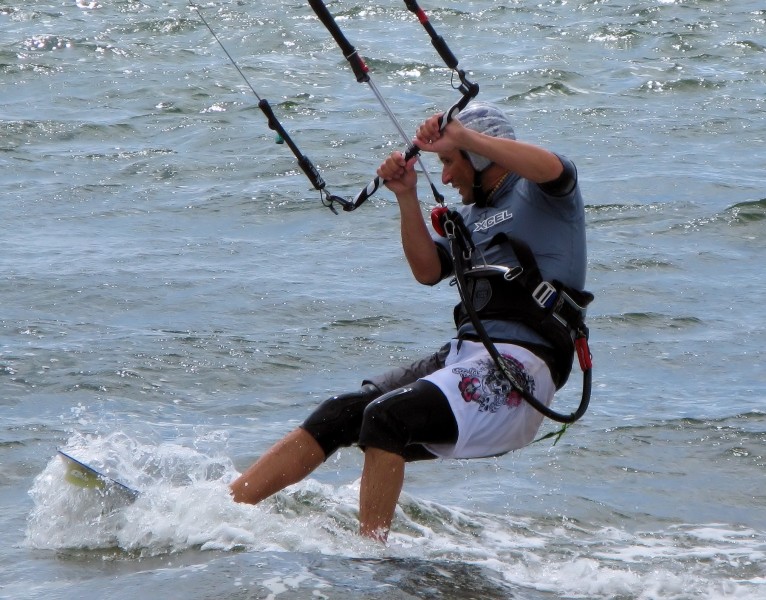 This week kitesurfer Francisco Lufinha set a new Guinness World Record for completing the longest recorded kitesurfing journey. The Portuguese athlete traveled from the Douro river mouth in Porto, Portugal at 2:30 p.m. on September 17 and reached Lagos in the Algarve at 8:34 p.m. on September 18.

The 30-year-old kitesurfer was able to sail past both Aveiro at 5 p.m. and Nazaré at 8 p.m. on the first day. He officially broke the record the following morning after he had ridden more than 199 nautical miles in 20 hours following his departure from Douro Marina.

“It was very difficult, but I’m glad I managed to beat the world record. When I was only two miles away from breaking the record, near Cape Espichel, wind died down. I thought it wouldn’t be enough, but fortunately it picked up and it was enough to pass the mark,” Lufinha said in an article posted on Surfer Today.

He was assisted in his continuous adventure by a boat support staff who provided him with food and water along the way. The past kitesurfing journey record was set by Philip McCoy Midler, who traveled 199.63 nautical miles from South Padre Island to Matagorda, Texas in May of 2010.

As part of Lufinha’s training, he not only spent many hours kitesurfing, but an additional 24 hours on a surfboard to gain an understanding of how his body would handle standing for a long period of time.

According to a report from Grind TV, Lufinha admitted “that period [of no wind] could have thrown it all away,” adding that falling asleep on top of the kiteboard was also a concern.

“But the motivation of the team that was on the [support] boat was crucial to maintain hope,” he said.

Now, Lufinha is just waiting to hear back about his world record confirmation from the Guinness World Records.

Image from Arpingstone on the Wikimedia Commons